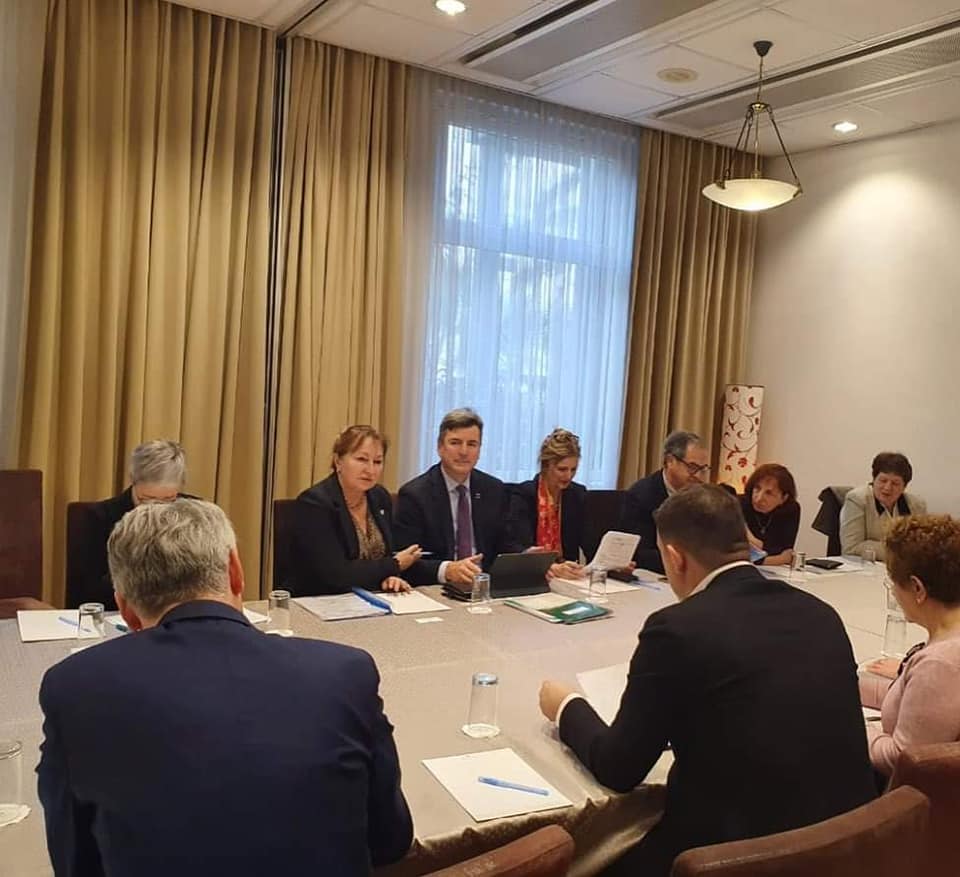 A high-level delegation from the Council of Europe’s Congress of Local and Regional Authorities is conducting a high-level visit to Tirana, Albania, from 4 to 6 February.
At the center of the visit is the crucial situation of democracy in the country, in particular developments since the last local elections held in June 2019.
The delegation consists of the President of the Congress, Anders KNAPE (Sweden, EPP / CCE), the President of the House of Regions, Gunn Marit HELGESEN (Norway, EPP / CCE), the President of the House of Local Authorities, Xavier KADORET (France, SOC / G / PD) and Congress Secretary General Andreas KIEFER.
The delegation headed by the President of the Congress, Anders KNAPE had a special meeting with the representatives of the Association of District Councils of Albania, which was also attended by Mr. Eduard Ndreca, Vice President of AAC and Mrs. Elidiana Canaj Executive Director of AACC in the framework of local government and the important second-level role for social and territorial cohesion.