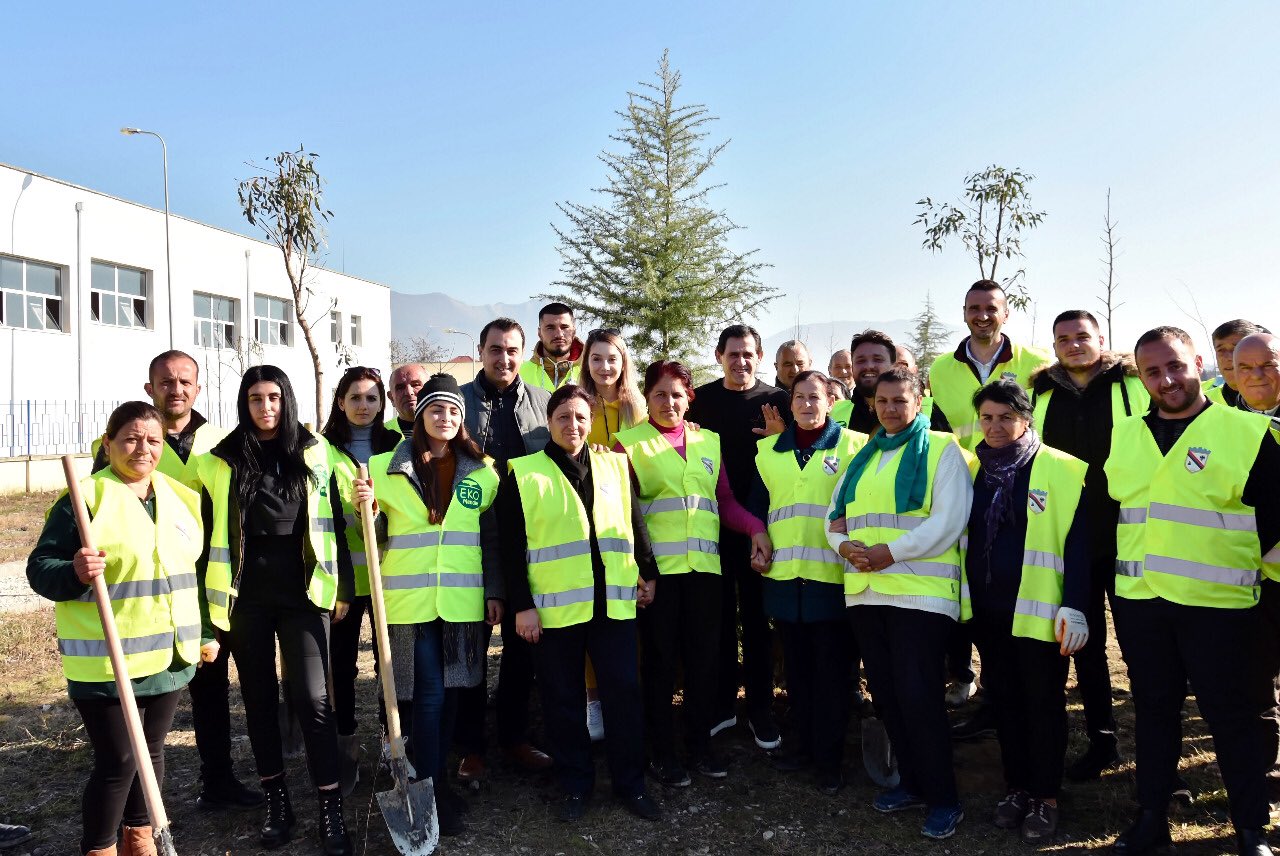 Until a few months ago, as soon as you entered the Paskuqan area and looked at the other side of the river, you could clearly see the difference between the two different worlds.

If on the opposite side there were planted trees and investments made on this side, it was a barren area, without a system, without trees, without infrastructure.

To transform the River area in Paskuqan and return to normality, the Municipality of Kamza is continuing its investments and daily work.

On Wednesday, on the initiative of the Tirana Regional Council, Aldrin Dalipi, and the Mayor of Kamza, Rakip Suli, an action was held for the planting of hundreds of trees for the creation of mini-parks and the development of the area.

“We started in Kamza for the first time the massive action of planting trees together with the mayor Rakip Suli, the city municipality, EkoMendje activists. Greenery in this part of the Tirana River will continue, the creation of small parks for the benefit of citizens. Cleanliness is already being noticed everywhere, “said Tirana Regional Council Chairman Aldrin Dalipi.

Mr. Dalipi said that the Tirana River is no longer a division between the two worlds, on the one hand and the other, but the city of Kamza, the mayor Suli together with his team have a development plan, while Kamza already has an extraordinary transformation in terms of belongs to greenery and purity.

Students of the school “Isa Boletini” of Paskuqan and employees of the Cleaning-Green Enterprise in the Municipality of Kamza joined the initiative.
Mayor Suli thanked for the initiative Mr. Dalipi and the activists of the organization EkoMendje and said: “We are working every day to improve the lives of citizens, we are all committed to this. We call on young people to join such initiatives that serve the present and the future, for a quality and competitive city. ”

The action will continue and in parallel work will be done to clean the river and deepen it to avoid frequent floods and also the placement of bins for garbage.

The two local leaders promised that the area will also have bicycle lanes and some mini-parks with benches, becoming a place of rest and relaxation for the residents of Paskuqan.

This action will be finalized with the project of the Great Park of Paskuqan, turning the area of Kamza into one of the greenest parts in the Region of Tirana.