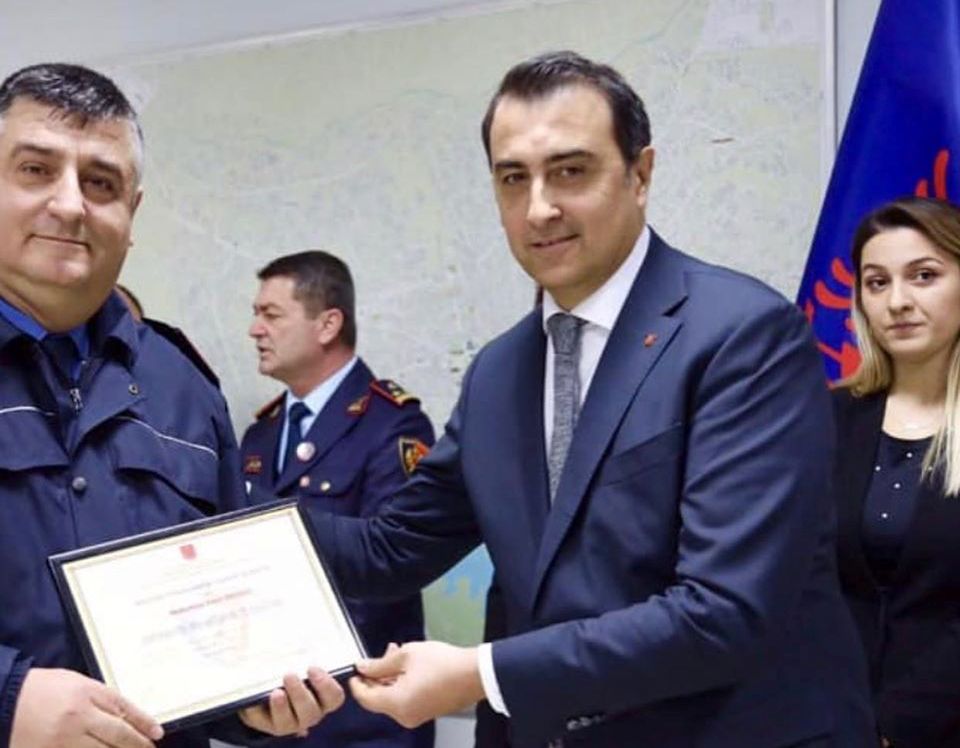 The Chair of the Tirana Region, Mr. Aldrin Dalipi honored the Tirana Local Police Directorate with the title “Region Gratitude”.

“As a sign of high appreciation for the dedication, courage, strength and sacrifice to perform with devotion the mission of the State Police in respect of the law, in the service of the citizens of Tirana Region!” said in the motivation signed by the head of the Region, Aldrin Dalipi.

On the occasion of the 107th Anniversary of the establishment of the Albanian Police in the premises of the Local Police Directorate of Tirana, a festive ceremony took place, where participants were police leaders, local government representatives, current and retired police officers, as well as family members of fallen police officers.

During the speech, Mr. Dalipi said that the Tirana Police faces extraordinary challenges in a territory where the most significant part of the national and local enterprise is located, where every day new citizens are placed or registered, where entrances with vehicles and persons from the regions other parts of the country are intense.
Director of the Local Police Directorate of Tirana, First Leader Mr. Rebani Jaupi, in his speech thanked and expressed gratitude to all police officers for their contribution to fulfilling the mission of the State Police.

Also during the ceremony, six police officers of the Local Police Directorate of Tirana were awarded the “Certificate for Distinguished Services”.

Mr. Dalipi expressed his gratitude on the social network twitter: “Tirana Regional Police faces extraordinary challenges in a territory where most of the national and local enterprise is located. Road safety, strong challenge. Confronting crime requires courage. They did it with courage and sacrifice. ”