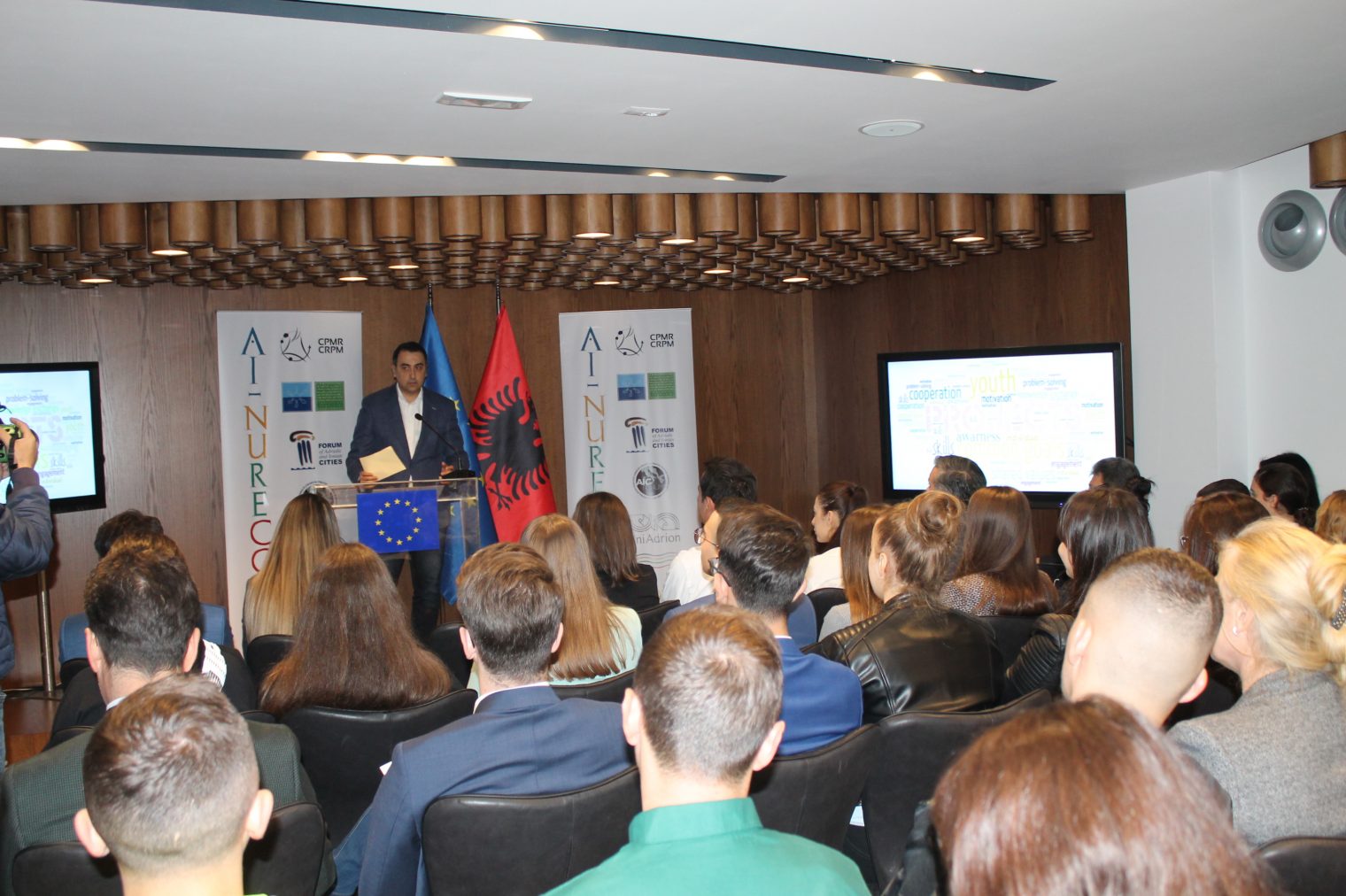 Tirana hosted today the event of the largest youth organizations of the Adriatic-Ionian regions, at a time when the Albanian capital is a finalist to be declared the “European Youth Capital” for 2022.

Adriatic-Ionian Euroregion (AIE), within the framework of AI-NURECC Initiative organized the first annual Adriatic-Ionian Youth Forum in the Albanian capital focusing on the role of youth in creating the conditions for an open dialogue between the Adriatic Youth- Ionians, Youth Organizations and EUSAIR structures and actors.

The event was attended by young people from Adriatic-Ionian regions, the Chair of Tirana Regional Council AldrinDalipi, the Minister of Tourism and Environment BlendiKlosi, the Mayor of Tirana, ErionVeliaj, the Secretary General of the Adriatic-Ionian Euroregion, Francesco Cocco , Director General of CPMR for the Balkans and the Black Sea Commission , Stavros Kalognomos and participants from Italy, Croatia, Montenegro, Serbia, Greece etc.

In his opening speech, the Chair of Tirana Regional CouncilAldrinDalipi and Vice President of Adriatic-IonianEuroregionemphasized that Tirana became the only city where the AI Nurecc initiative has had two stops, where innovation and technology were discussed a year ago and today where the forum of youth organizations of the Adriatic-Ionian area took place.
“The coast, Adriatic and Ionian areas are a valuable asset for young people because the potential of tourism, agro tourism, agriculture including here today’s needs for territory development, technology and innovation in these areas which need dialogue, networking, exchange of experiences. This is exactly the goal of youth organizations to work together on these opportunities and also to structure their future based on the strengths of the territories where they live, ”said Mr. Dalipi.

Minister of Tourism and Environment, BlendiKlosi in his speech said that we share with youth the initiatives taken in environment and tourism.

He said youth festivals, joint tours, will be promoted to bring young people together in global environmental causes and tourism development, not only in Albania but also in the region and beyond.

In his address, the Mayor of Tirana, ErionVeliaj praised the initiative of the Albanian government and the governments of the region to create a Balkan space, where the main beneficiaries will be the youth.
He thanked the Chair of Tirana Regional CouncilAldrinDalipi for organizing this event and emphasized that if Tirana is selected as the “European Capital of Youth” for 2022 it will be a success story.

“Tomorrow is the final decision of all the organizations that have been part of the jury to award the European Youth Capital for 2022. It will be a fantastic space to bring Tirana back 365 days with such activities and we have prepared a very program ambitious ”, declared the mayor.