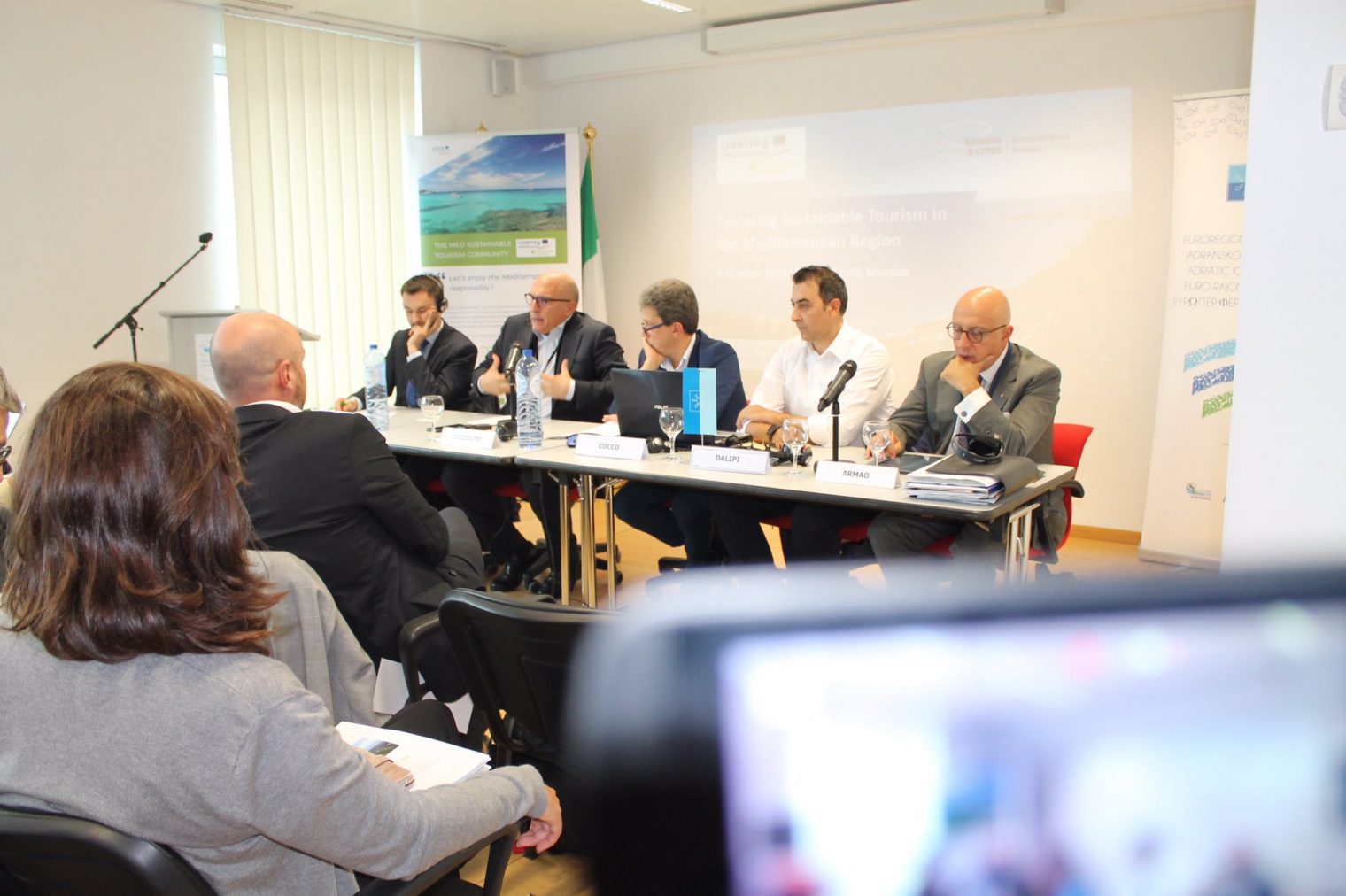 The tourism sector is one of the highest-income generators in the Mediterranean, part of which is our coastline and beyond.
Tourism remains a major economic sector in terms of gross value added and employment and contributes directly to regional economies with sectored synergies and strong multiplier effects.
Despite its economic and social importance, tourism development is also putting pressure on the natural and built environment that must be protected at the local and territorial level.
Harnessing the full potential of tourism requires an innovative approach and a solid foundation. Therefore, effective strategies and integrated actions need to be developed and implemented throughout the Mediterranean region.
With this common objective, a meeting was held in Brussels with MEPs, regional leaders and Mediterranean personalities in the field of tourism.
The event, organized within the framework of the European Week of Cities and Regions, aimed to stimulate discussion on the importance of a sustainable approach to European tourism, with particular attention to the Mediterranean area. The meeting brought together about 60 participants representing EU institutions, policy makers, public tourism stakeholders at European, national, regional level, as well as some representatives of the MED Sustainable Tourism Community.
Tirana was represented by the President of Regional Council, Mr. Aldrin Dalipi, who also addressed the latest news from our territory and alternatives for sustainable tourism. In his address, he said that “Tirana region for 4 years, is contributing strongly together with other Adriatic and Ionian regions in order to encourage and strengthen joint projects in this important area that unites us. Tourism at the local level is closely linked and an important factor for the economic development of the blue economy and the green economy. In the Region of Tirana, we have had an economic growth of 8%, while the number of foreign tourists from EU countries has increased by about 14% in 2018, while in the first 6 months of this year there is also progress, which shows exactly this development. ”
He further emphasized that in many of our countries we need to focus on the issues of tourism innovation, economic progress, but moreover, the formation of our young people to face the challenges of the future in this field.
Also present at the panel with Mr. DALIPI were Mr. Andrea COZZOLINO MEP, Mr. Gaetano ARMAO, President of the Region of Sicily and Member of the Committee of the Regions, Mr. Milosz MOMOT from the European Commission as Vice President for Tourism, while the meeting was moderated by Mr. Francesco COCO, Secretary General of the Adriatic-Ionian Euroregion.