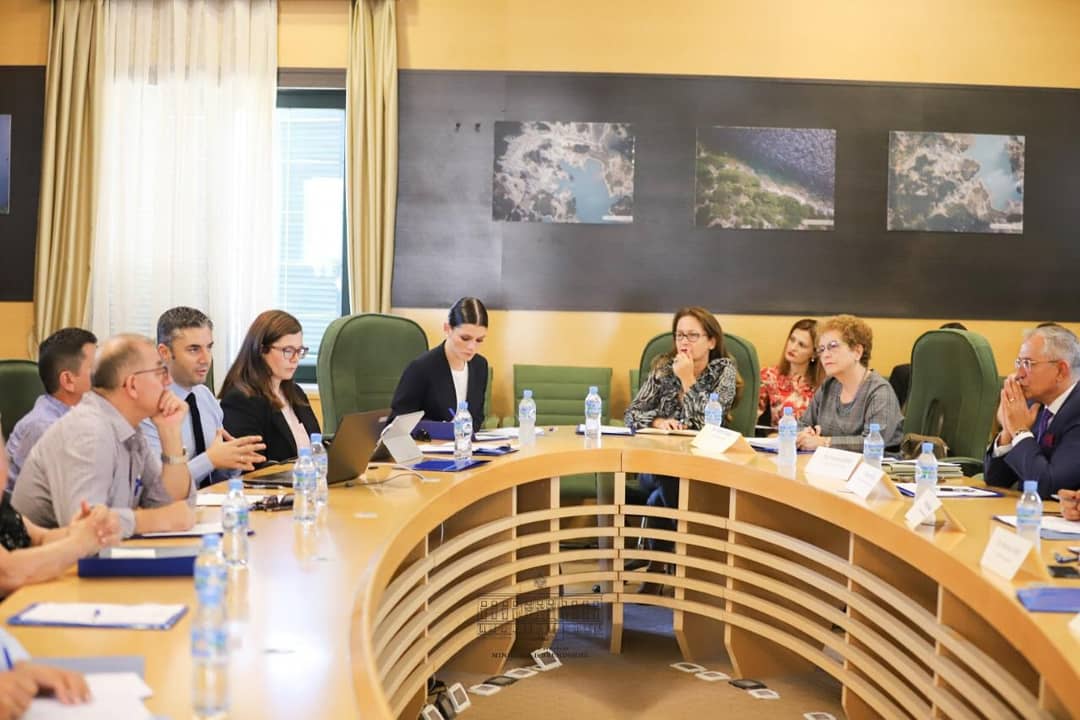 The third meeting of the thematic decentralization group (GTD) was held at the Ministry of Interior in cooperation with the Prime Minister’s development and governance department for 2019.
The purpose of the meeting was to discuss, on the strategic priorities and action plan, the need for co-operation and coordination, in the framework of the functioning, implementation and monitoring of the policies for good governance of public administration, especially regarding the national cross-sector strategy for decentralization in local government with the support of donors in the decentralization process.
The roundtable was chaired by Ms. Romina Kuko who is responsible for the decentralization process in the Ministry of Interior in the position as Deputy Minister. Also present at the meeting were: Mr. Bekim Murati General Director of AMVV, Mrs. Evis Gjaja Director of the Prime Minister’s Development and Good Governance Department and representative of donations from the European Union, the Swiss Embassy, USAID, UNDP, the Swedish Development Agency SIDA, the Italian Agency for Cooperation and Development AICS and the STAR 2 project, all supporters of the decentralization process in our country.
The Association of Albanian Regional Councils was represented at the meeting by Ms. Elidiana Canaj, Executive Director who said during the discussion: “We are ready and we welcome donors to support the strengthening of the role of regional councils. As such, regional councils and association are interested in strengthening the role of municipalities, and we have supported and welcomed the focus on increasing the role of municipalities even after the 2015 administrative reform. But we believe it is time to focus on increasing the role of regional councils because the regional council established as a constitutional body, based on an organic law and as a political decision-making structure, it has and should have a well-defined role as a second level local institution. The regional council does not interfere with the functions of the municipalities, does not duplicate them, on the contrary it facilitates their functioning through cooperation. ”
The attitude of the Association of Albanian Regional Councils has been welcomed by donors who have expressed support for strengthening the role of our institutions.