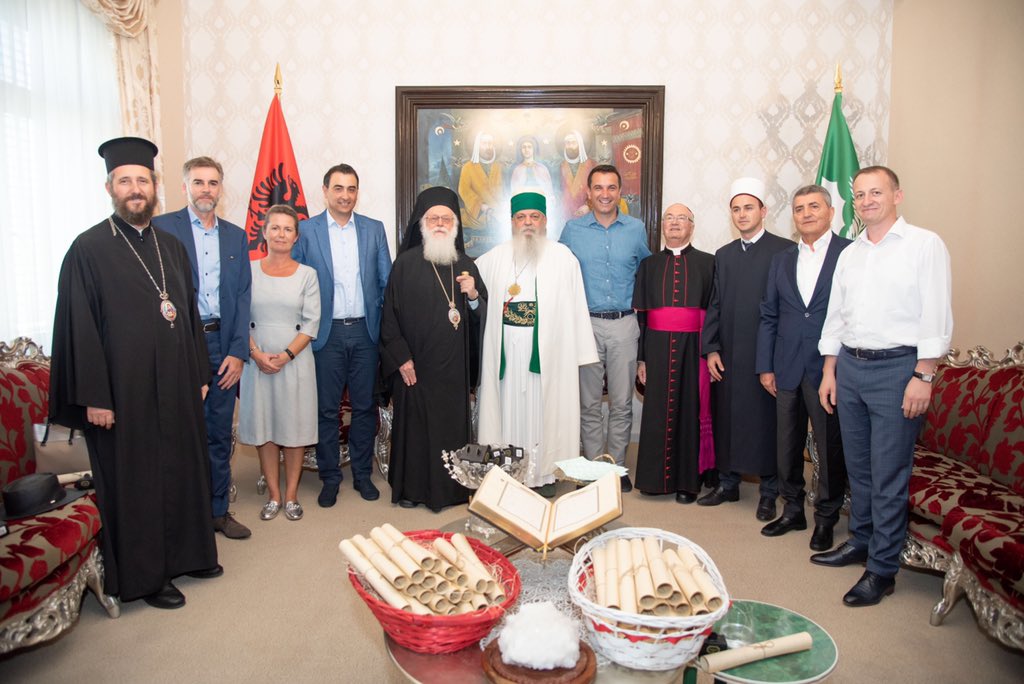 The President of Regional Council of Tirana Mr. Aldrin Dalipi has joined the congratulations on the occasion of Eid celebration at the headquarters of the Albanian Muslim Community and the World Bektashi Archdiocese in Albania.
Together with Mayor Erion Veliaj they were welcomed by the leader of the Muslim community, Mr. Bujar Spahiu.
The visit continued at the headquarters of the World Bektashi Archdiocese in Albania, where they congratulated the head of the Bektashi faith in our country, Baba Edmond Brahimaj.
Mr Dalipi later congratulated through the media, saying, “We wish the believers of Tirana, Kavaja, Rrogozhina, Kamza and Vora today the feast of Eid. God has united us all on this journey together to give our best, more solidarity and help to those in need! ”
In a reaction on the social network Twitter Dalipi appreciated Mayor Veliaj’s initiative to serve people in need this day at the social canteen “Gonxhe Bojaxhiu”, saying “Some may say it in words and do well but the truth is that in the last 4 years Tirana has become in support of people in need like never before. Today, when we look back, we are proud of our capital. Thank you @erionveliaj @ BashkiaTiranë for your example! ”