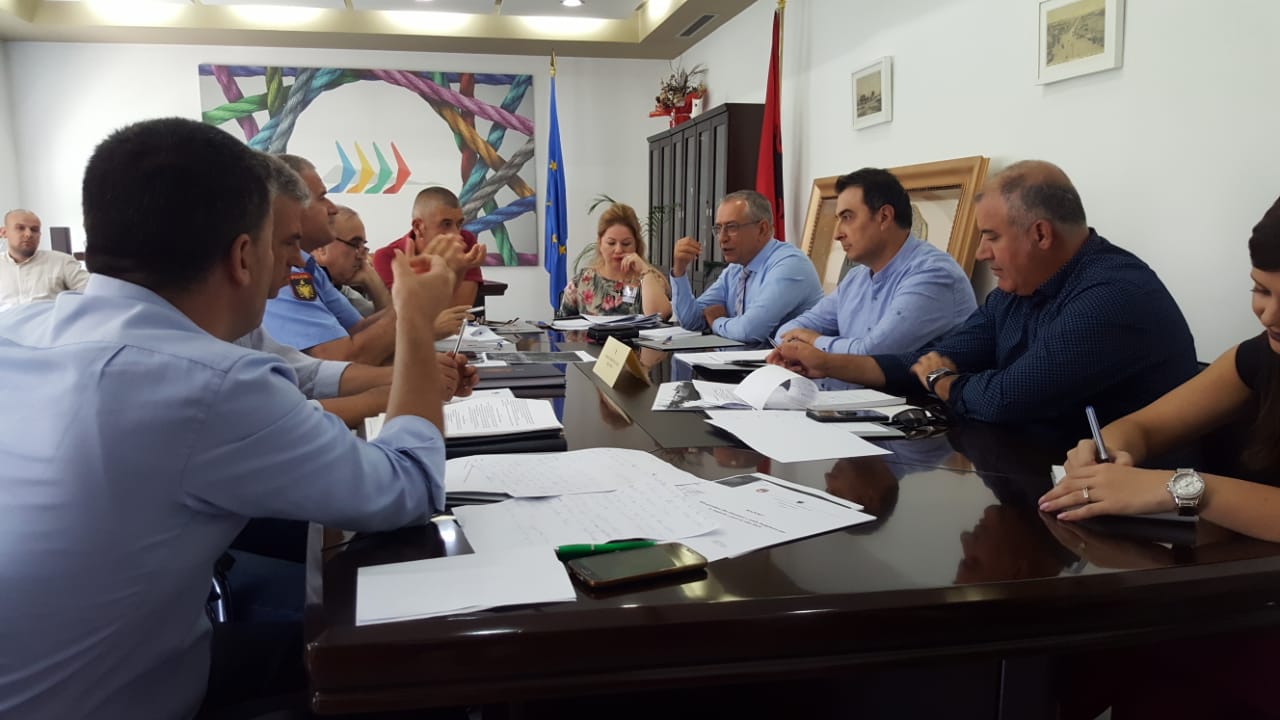 The meeting of the Land Protection Commission is held for the analysis of the indicators of the condition and the damage to the land.
At the meeting, under the direction of the Chairman of the Commission, Mr. Aldrin Dalipi noted that the Directorate of Land Administration and Protection has highlighted the main indicators that reflect the situation and damages of agricultural land:
In the territory of the Tirana Region, four positive indicators were recorded, claimed Mr. Dalipi: The land area cultivated by legitimate owners and possessors is increased; There is no damage to agricultural land from illegal constructions, a factor that has brought damage in the region as a metropolitan center with a large migration; There is no damage at the active layer of the land from urban waste thanks to the decision of the Municipality of Tirana for depositing only at the Sharra landfill and there is a significant improvement in cleaning drainage and irrigation channels with the investments made by the region’s municipalities.
Tirana Region has continuously assigned tasks to identify possible damages to agricultural land by natural factors and the activity of different entities by requiring region’s municipalities, among other things, to use for land protection up to 40% of the income which are levied on agricultural land tax to enforce the decision taken by the L.P.C.
At the meeting, representatives of Municipalities and the Local Police Directorate of Tirana Region provided concrete facts about each institution’s engagement in this matter.
Finally, the recommendations from the meeting will be forwarded to the relevant institutions in the future.