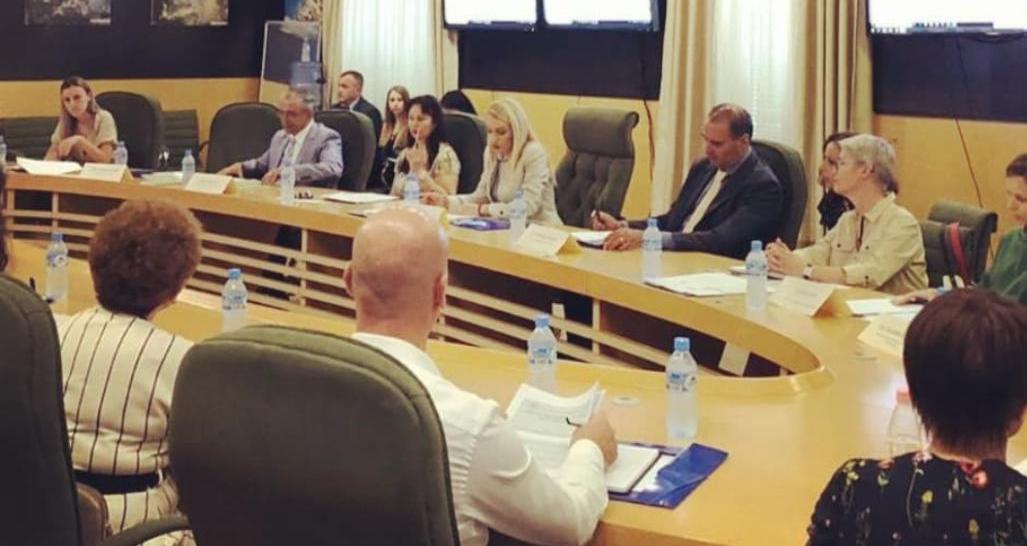 The second meeting of the Thematic Group of Decentralization (GTD) is organized by the Ministry of Interior as the responsible institution of local affairs and decentralization, in cooperation with the Department of Development and Good Governance at the Prime Minister’s Office on 18 July 2019.
The purpose of the meeting was in the framework of the functioning, implementation and monitoring of policies for good governance and public administration, specifically related to the National Crosscutting Strategy on Decentralization and Local Governance (SKNDQV), to discuss issues the priorities of the strategic framework of SKNDQV, update of SKNDQV Action Plan as well as the need for cooperation and coordination in support of the decentralization process in Albania.
The meeting was attended by vice President of Regional Council of Tirana Ms. Bora Panjoti as well as the Executive Director of the Association of Albanian Regional Councils Ms. Elidiana Canaj.
Mrs. Canaj expressed gratitude for progress in the engagements for the decentralization process, by evaluating the engagement of AMVV for the review and realization of the functions of the Regional Council as a second level decision-making institution, it is normal for the municipalities and the regions to clearly set their functions as two complementary government levels.
From the suggestion made by the Deputy Minister of Interior, Ms. Romina Kuko, who leaded the meeting, for the need to prepare a map on the situation and needs of the municipalities in order to properly determine the donations and support from the partners, Ms. Canaj suggested determination of standards to ask for data on the situation and needs of municipalities and each regional council to engage in the gathering of these indicators and to create maps in each region for those municipalities that are included in the territory of the region. In this way, the regions themselves will be encouraged and will be able to get the initiative proposal for legal acts or legal acts as a contributor to the decentralization process.
Ms. Kuko supported pointing out that the Association of Albanian Regional Councils is now part of the Consultative Council and in the role of the co-chairperson Mr. Aldin Dalipi, President of the Association of Albanian Regional Councils.