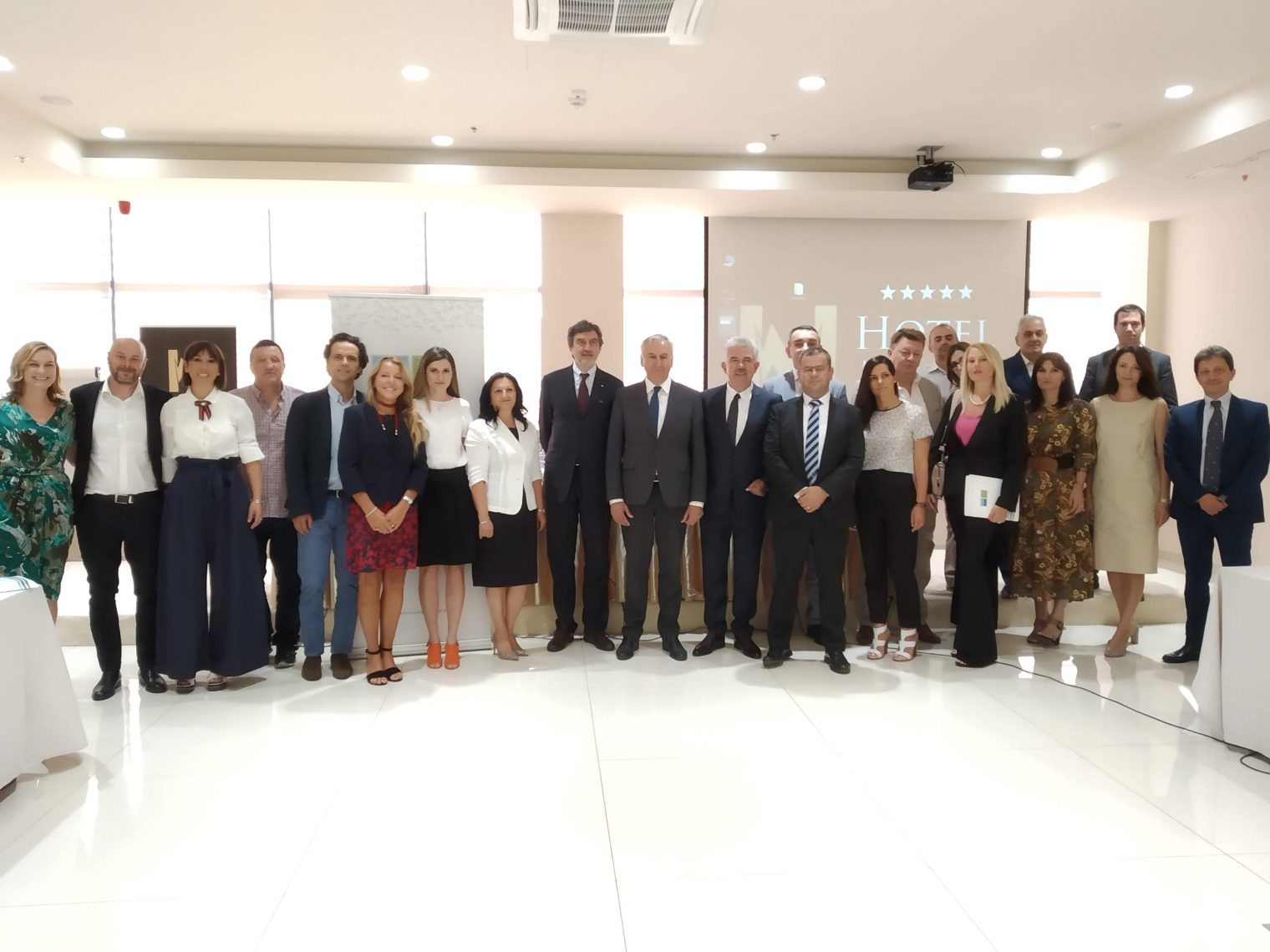 The 16th General Assembly of the Adriatic-Ionian Euroregion was held in Mostar, Bosnia and Herzegovina, focusing on tourism issues, European projects in this regard as well as youth activities in the Adriatic-Ionian area.
The cohesion and territorial cooperation policy was given importance in the discussions of the Assembly and as the President of the Adriatic-Ionian Euroregion, Mr. Nikola Dobroslavic said. “The cohesion policy will help regions that want to be part of the European Union through joint projects and territorial cooperation “.
At the Assembly was discussed and approved the following: the Activities and Budget Report for 2018, the Financial Plan and Activities, the Calendar of Events for 2019, the Determination of Annual Membership Rates for 2019, the Ratification of the Athens Declaration for the Sustainable Tourism Community Interreg Med, the Ratification of the Alliance of Mediterranean Co-operation, the Assignment of the Secretary-General of the Adriatic-Ionian Euroregion as well as any other business.
At the adoption of the Activity Report 2018 was also mentioned the participation of AIE Vice-President Mr. Aldin Dalipi at the EUSAIR Friends Meeting and the Adriatic-Ionian Task Force of CPMR May 2018, the CPMR General Assembly in Madeira October 2018 and the Series of AI-NURECC events in Tirana, November 2018.
The calendar of events for 2019 included the AI-NURECC Forum of Adriatic-Ionian Youth Organizations, which will be developed in Albania this year.
At the Recommendations for Sustainable Development Policy elaborated by the Project: BleuTourMed_C3 MED from the Presidency it was highlighted the promotion of alternative tourism models to reduce pressure in the Mediterranean Region.