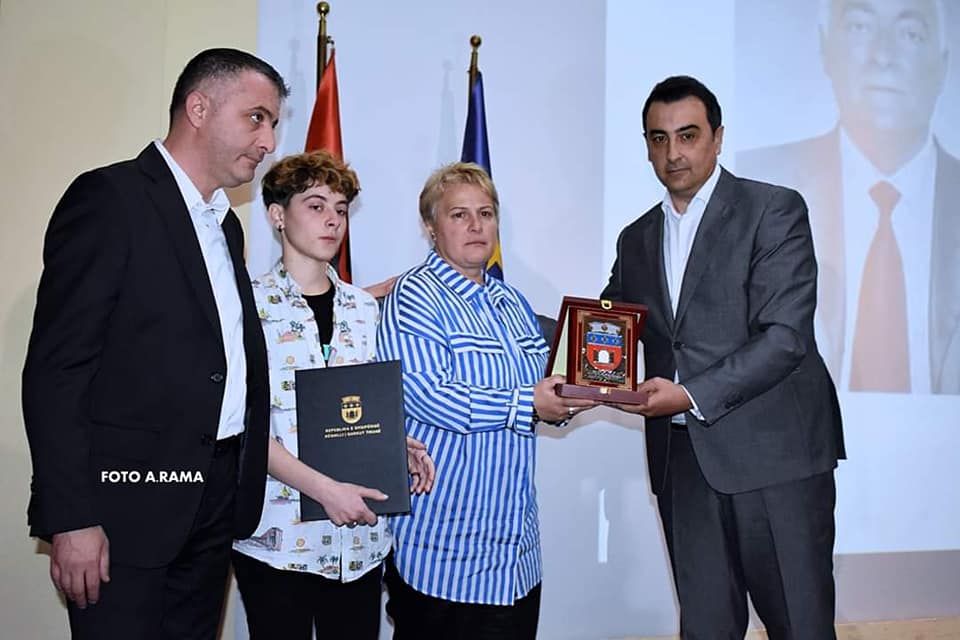 The Regional Council of Tirana awarded the title “Acknowledgment of Tirana Region” with the motivation “For the valuable contribution to order, public safety, as a lecturer and devoted civil servant, a model in the community”, ex-Doctor of Science Mr. Sofokli Duka and a former senior director at the State Police, who passed away prematurely.
During an evaluation meeting on the figure and contribution of dr. Sofokli Dukës, attended by MPs, the Director General of the State Police, Mr. Ardi Veliu, Director of the Security Academy, Mr. Bilbil Mema, Police Director for Tirana Region, Mr. Rebani Jaupaj, colleagues, friends,benevolent, numerous speeches were given.
The President of Regional Council and the Chairman Municipal Council of Tirana, Mr. Aldrin Dalipi emphasized that our society desperately needs to respect people with values who have made valuable contributions, even more when they are no longer living.
At the end of the meeting, Mr. Dalipi presented the family with the title of honor awarded by the Tirana Regional Council.
This title for the former Chief of State Police is not only proud of his family, but for all police officers.