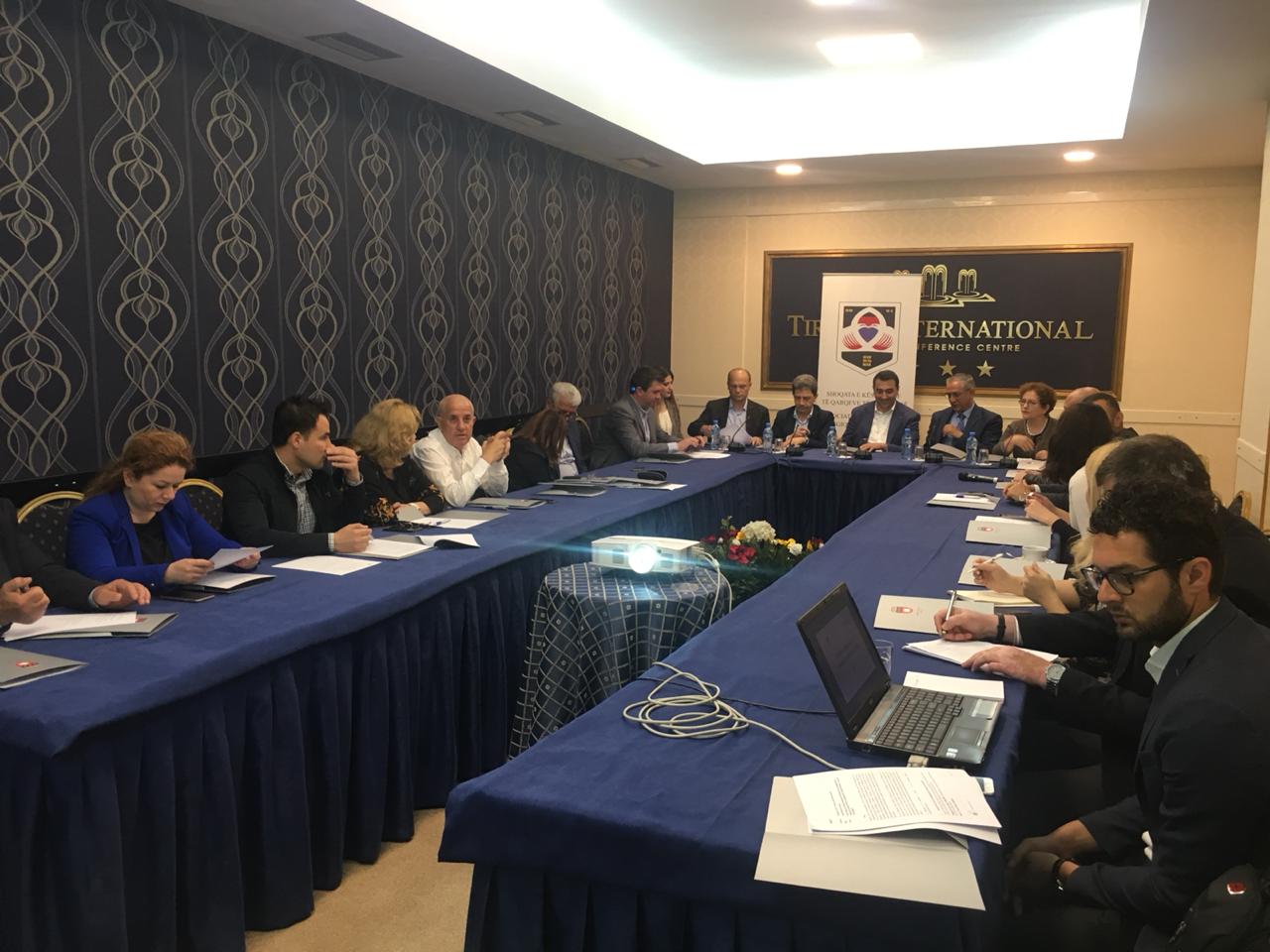 Strengthening the representation and oversight functions of the Municipality Council as the representative body of the Municipality has been the focus of discussion in all 12 regions of the country.
Discussions in the 12 regions of the country organized in concrete cooperation with the regional council institutions starting from Korça and closing in Tirana.
The closing meeting was held in Tirana with the participation of the President of Tirana Regional Council and the Chairman Municipal Council of Tirana, Mr. Aldrin Dalipi at the same time President of the Association of Albanian Regional Councils, Director of AMVV, Mr. Bekim Murati, Mr. Jackque Merit from the Swiss project, and members of regional councils and municipal councils.
What was highlighted by these meetings was, among others, that the function of the Secretary Council (SC) has been identified as one of the aspects whose support enables a better functioning of the Municipality Council.
In the framework of this program, the BtF (Strong Municipalities) aims to strengthen the role and performance of the SC by looking at the possibility of institutional and capacity building.
BtF has contracted Urban Research Institute to undertake research that through field visits, research of relevant documents, similar cases and office work will analyze the current framework of the functioning of the SC, research on experiences from other countries and propose changes or improvements that will enable structural improvement, capacity and better performance of this important administrative link that links the representative and executive body of a municipality.
From all the research work (interviews in several municipalities and bodies deconcentrated at the regional level) with stakeholders it has been concluded that SC is the only administrative instrument of the City Council to exercise its responsibilities and functions.
Among other things it turns out that the exhaustive exercise of the functions of the Council and therefore the effective engagement of the SC would require a very broad interaction which includes, but is not limited to, a considerable number of directorates within the municipal executive, council committees and other institutions. deconcentrated at the regional level. What was achieved at these meetings and at the conclusion of the research, it is noted that the Secretary of the Municipal Council has a field of activity and duties and responsibilities wider than those provided by law 139/2015, they (responsibilities) actually correspond to the responsibilities of City Council beyond what is set out in points 2 and 3 of Article 57 of Law 139/2015.
In the current situation these responsibilities have been assigned or not according to the consent or will of the municipal councils, and that the role of the Secretary is implemented differently in size and objectives, in different municipalities (the case of the Tirana municipality that has de facto created a Secretariat).
In this context, in addition to detailing the role and responsibilities of the Secretary Council, one may also consider the need for a structure in the municipal staff designated as the Council Secretariat, the need for which will depend on the breadth of the scope of this administrative instrument.
The whole project is based on the report of the Strong Municipality and the Urban Research Institute which has undertaken a research work that through field visits, research of relevant documents, similar cases and office work to analyze the current functioning of the Secretary of Municipality Council.
The President of the Association of Albanian Regional Councils, Mr. Aldrin Dalipi and international partners thanked all the presidents of the regional councils across the country for their direct contribution.