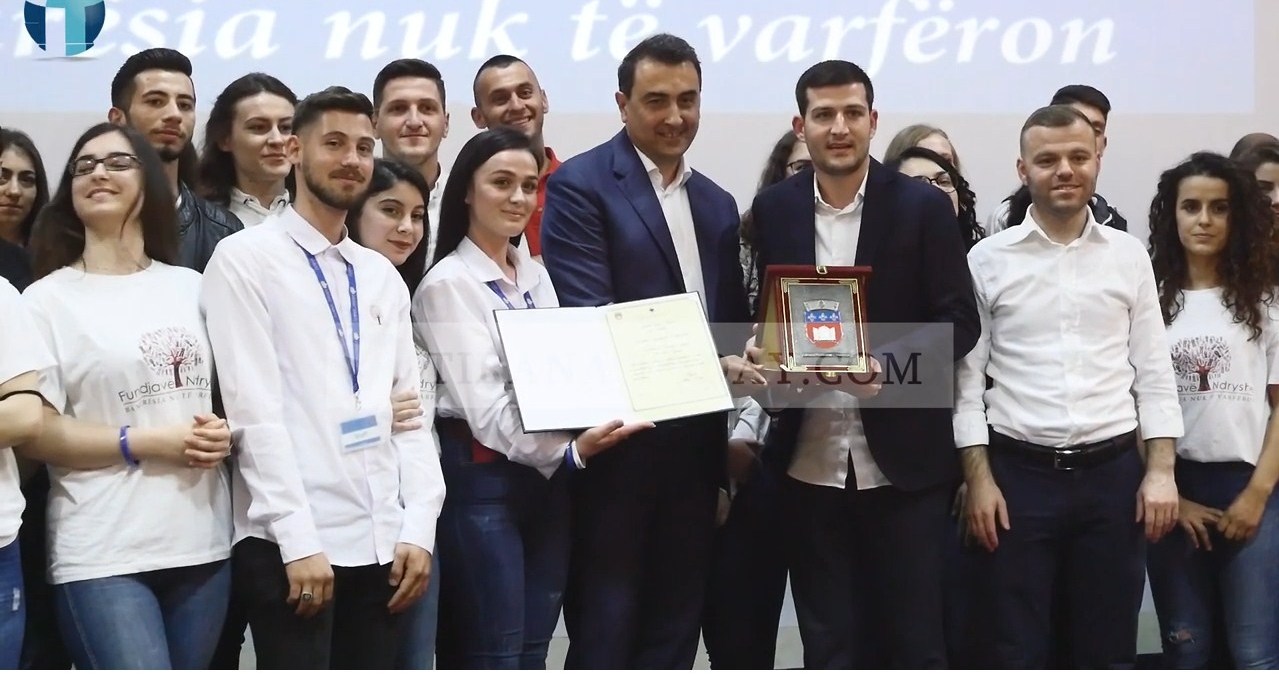 The Tirana Regional Council evaluated “Different Weekend” Foundation and its leader Arber Hajdari with the title “Honor of Region “.
“For the invaluable contribution to helping people in need and throughout society as an example of inspiration for young volunteers. Model of the highest values of humanity and dedication”.
The award was given by the President of Tirana Regional Council and the Municipality Council of Tirana, Mr. Aldrin Dalipi, who appreciated the work that the Foundation has done to help people in need in Tirana throughout Albania.
“You have made many people smile at their poverty and the troubles they have. And we often forget those who are involved in politics. Your message is a very strong message to Tirana and all Albania. Often times, it also makes us sit down for the past, because it is a strong message that many of the policies we do have to be socially launched. We have to start with those very people who are in poverty.”
Meanwhile, the director of “Different Weekends” in his speech said that the whole success of the Foundation is related to the unification of thousands of Albanians to help people in need.
“I think the reason the ‘Weekend’ rose so high in so little time was the sincerity of a very large group of people. Who could not accept the reality of seeing children in the way we found them. And it was the strength of the Albanian youth, but not only. And of the 466,000 people at home and abroad who have trusted and joined the “Different Weekend” Foundation
Volunteers, as well as some of the prominent figures in our society, participated in the ceremony held at the National Museum.
Well-known actor Bujar Asqeriu with exciting words drew attention to politics and institutions to be more responsible for the situation of the people.