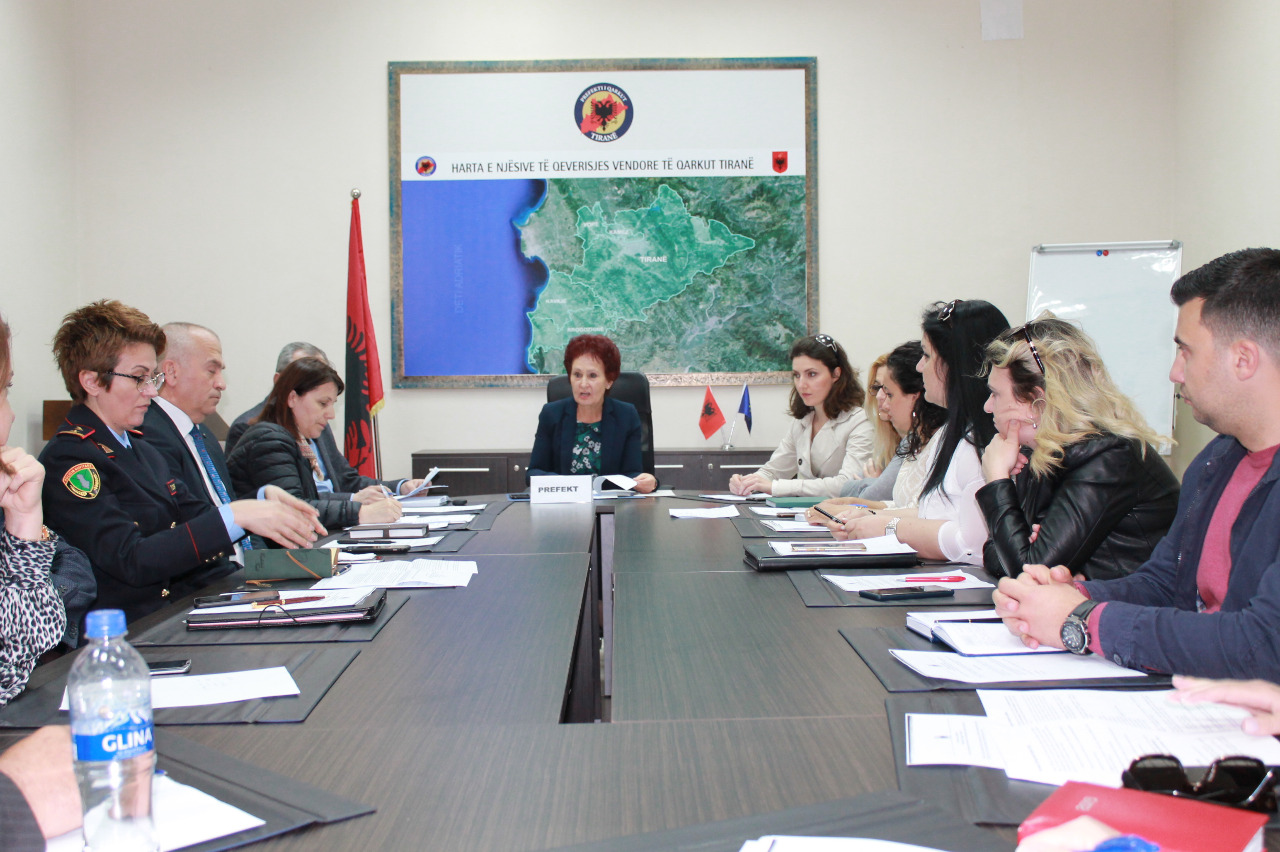 The Prefect of Tirana Ms. Suzana Jahollari, in the presence of the Deputy Chairwoman of Tirana Regional Council, Ms.Bora Panajoti, according to Prime Minister Order no. 6 of 2017 “On the establishment of the Regional Committee for Fighting against Trafficking of Human Beings”, organized today the meeting with all involved actors.
The purpose of this meeting was to set out the detailed rules and duties of the organization, functioning and relations of the Committee with the government and non-goverment institutions responsible for the prevention and fight against human trafficking.
Present at the roundtable were representatives of the region administrative units, representatives of ministries, Labor Office, Social Service, Local Police and representatives from several other central and local institutions.
At the meeting, some issues were raised and resolved to take measures and give solutions, such as payment delays for victims of trafficking, and establishment of legal offices and legal assistance for all victims of trafficking cases.
The Committee set the objectives for the next three months and took the commitment to address the issues emerging in these days, enhancing the co-operation between the responsible institutions.