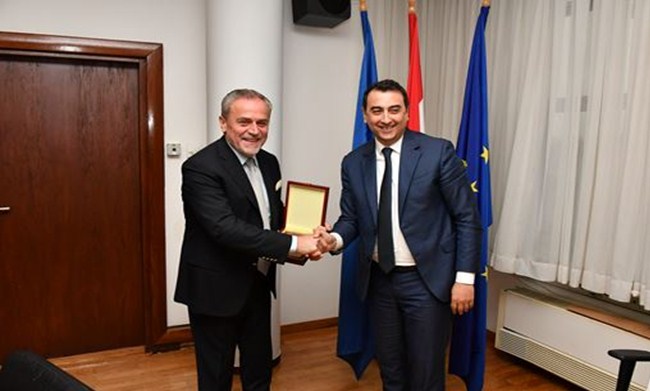 On Monday the mayor of Zagreb Mr. Milan Bandić and his associates received the President of Regional Council of Tirana Mr. Aldrin Dalipi, in the City Administration building.
I am very glad that we received our dear guest from Tirana today in the premises of the City Administration. This is the second meeting after that in October 2016, when Mayor Bandic visited Tirana, said Head of the City Office for Intercultural and International Cooperation and Human Rights Promotion Vesna Simic.
We talked about future cooperation between Zagreb and Tirana – two major cities and important regional centers. We are particularly focused on cooperation regarding the use of EU funds , said the President Mr. Dalipi.
The mayor also pointed out that Tirana cooperates with other Croatian cities, for example, Dubrovnik, Split and Istria, and hope that it will achieve equally successful cooperation with Zagreb.