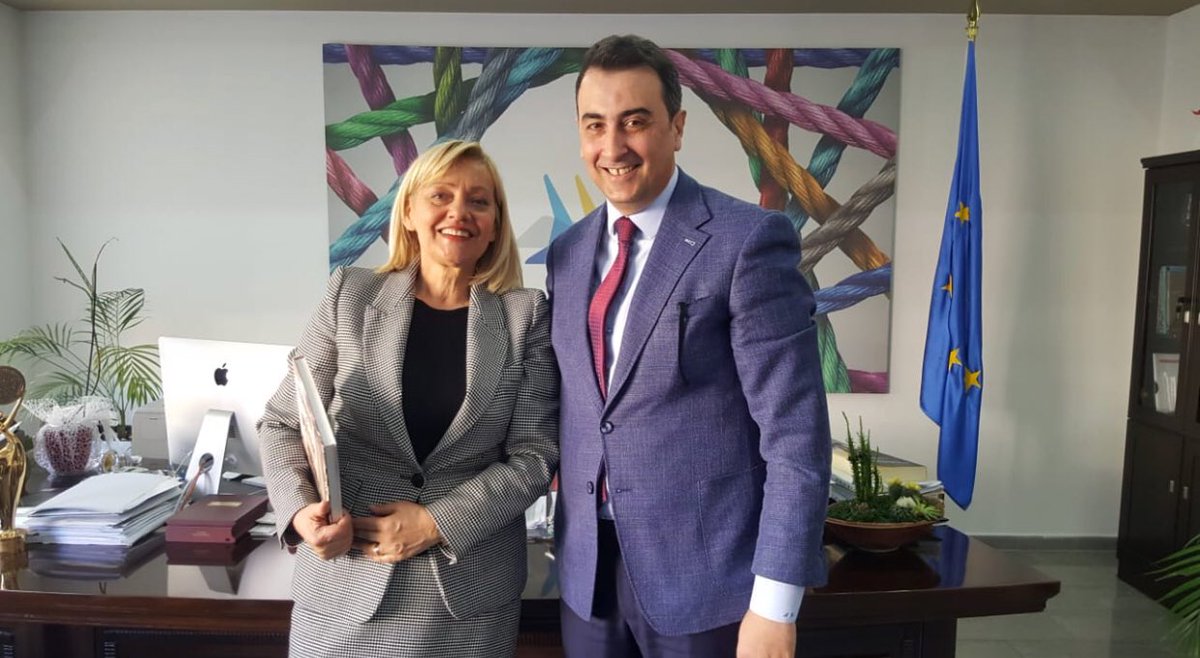 President of the Regional Council of Tirana and at the same time the Vice-President of the Euroregion Adriatic-Ionian, Mr. Aldrin Dalipi, hosted a special meeting at the Tirana Regional Council premises, with the Ambassador of the Republic of Croatia in Tirana, Mrs. Sanja Bujas-Juraga.
During the meeting it was discussed about the concrete cooperation with the Croatian regions within the Adriatic-Ionian Euroregion, and the steps that have been taken so far on this regard.
The cooperation of Dubrovnik Region with Tirana It was highly appreciated and in particular the role of its President Mr. Nikola Dobroslavic in support of Albanian regions as an important moment in the European integration process.
The Ambassador praised the important steps that have been taken between two countries and regions, and it is necessary for this cooperation to be established at the economic level as well.
President Dalipi proposed that it would be with common interest for the project an Adriatic-Ionian Professional School in the field of tourism, and services that would help in exchanging experiences and enhancing the capacity quality of the young pople in these areas.
Also, Mr. Dalipi made known the upcoming agenda of the Adriatic-Ionian Euroregion.
The meeting was held in a friendly and open spirit, where it was discussed and for the upcoming European Parliament elections as an important moment for the Adriatic-Ionian macroregion developments.