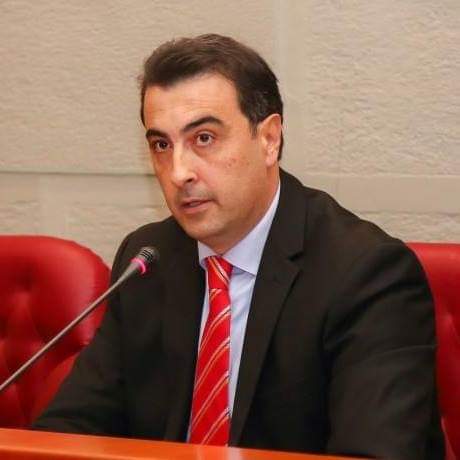 Aldrin Dalipi*
The year of 2019 marked a new historical record for the Tirana Municipality budget. This budget, which is 12% higher than a year ago, speaks for a further development on the most priority projects of the Municipality. The beginning of the year, the project for polycentric Tirana with 5 new centers, takes start with the opening of the competition for Lapraka, Kombinat and Kinostudio projects. The contribution from international partners, such as Harvard University, remains one of the inevitable credibility value of these projects, which will turn each of the centers into an important public – private investment. With the realization of polycentric Tirana, citizens will receive the highest standards of service, regardless of which part of the capital they have chosen to live. Meanwhile, it is expected that this will affect the growth of property value in these areas as well as in the economy.
I started, not by chance, with the Tirana multi-center project. It could have been spoken about with the same optimism for each of the priorities of the municipality, which have started to be realized or are put at the top of this institution’s agenda. Such as the construction of the North Boulevard of Tirana, for which it was completed in 2018 the compilation of the Detailed Local Plan. The construction of the Kashar Boulevard will also give a new economic and social impetus to a community of 70,000 people. Or, the initiative of building new schools for the capital’s students has also received the financial guarantee for these concrete investments. The objective envisioned in the Sustainable Development Strategy of the Municipality of Tirana 2018-2022 includes also the improvement in the dormitory conditions for the Student’s City.
A job which has already started with the dormitories of Medical and Engineering students, consists as part of a major project for the transformation of each student center. These centers have been transferred to the administration of the Tirana Municipality. In more than three years of work, it has been walked securely to address the problems with the priority, ranging from air quality to traffic, or improving existing infrastructure and with new investments within residential blocks.
The initiative for planting new trees, today counting over 150 thousand, showed that every citizen believes that through work, dedication and volunteering we can do not only change but also the best possible coexistence in the capitol, which not only geographically belongs to Europe. One should not forget the “Adopt a day-nursery” initiative, which obviously marked success in the reconstruction of many kindergartens and day-nurseries in the capital. Tirana stands proudly at the most beautiful postcard stand for the Albanians, who see as a model the work of the capital from Municipality. Even for foreign visitors, who do not leave the country without a stop at the newest tourist destinations, or even without trying the bicycle riding in the safe added lanes in Tirana. This year, other 11 kilometers will be made available to the bicycle users thanks to the municipality project.
No one can deny that the city today breathes more freely, due to the facilitation of traffic with the parking project, terminals and the additions of the bicycle lanes. Thanks to such projects, Tirana has become a model of inspiration on the European and world scene. Undoubtedly, following the important decentralization process, the Albanian Government has been aggressive in the functioning of all central level mechanisms to encourage major projects in the capital. By citing the motto of mayor Veliaj: “there is done a lot, but there is still a lot to be done”, I would like to firstly appraise the aforementioned work as a citizen but also as a leader of the Municipality Council. We as a councilors of Municipality Council see these projects in papers initially, and afterward witness a real investment, in the center or suburb, wherever citizens believe and become part of this fantastic change.
For the year that we just started, there is another good news for the residents of Tirana. We come with an increased budget, fully in service of improving standard of living in the capital, but above all without any additional burden on citizens. The budget adopted by the City Council at the end of last December guarantees other successful accomplishments, as in the past three years where every promise has been implemented to the work-site. I believe that vision is not just a challenge or a prediction, while we are living this unimaginable change today. All citizens who became part of the public consultations but also whoever contributes each day to the development of Tirana is undoubtedly a “shareholder” of a city in an irreversible progress, increasing the quality of life, increasing property value and strengthening the local economy. A challenge that does not stop and which guarantees a sustainable development in the future.