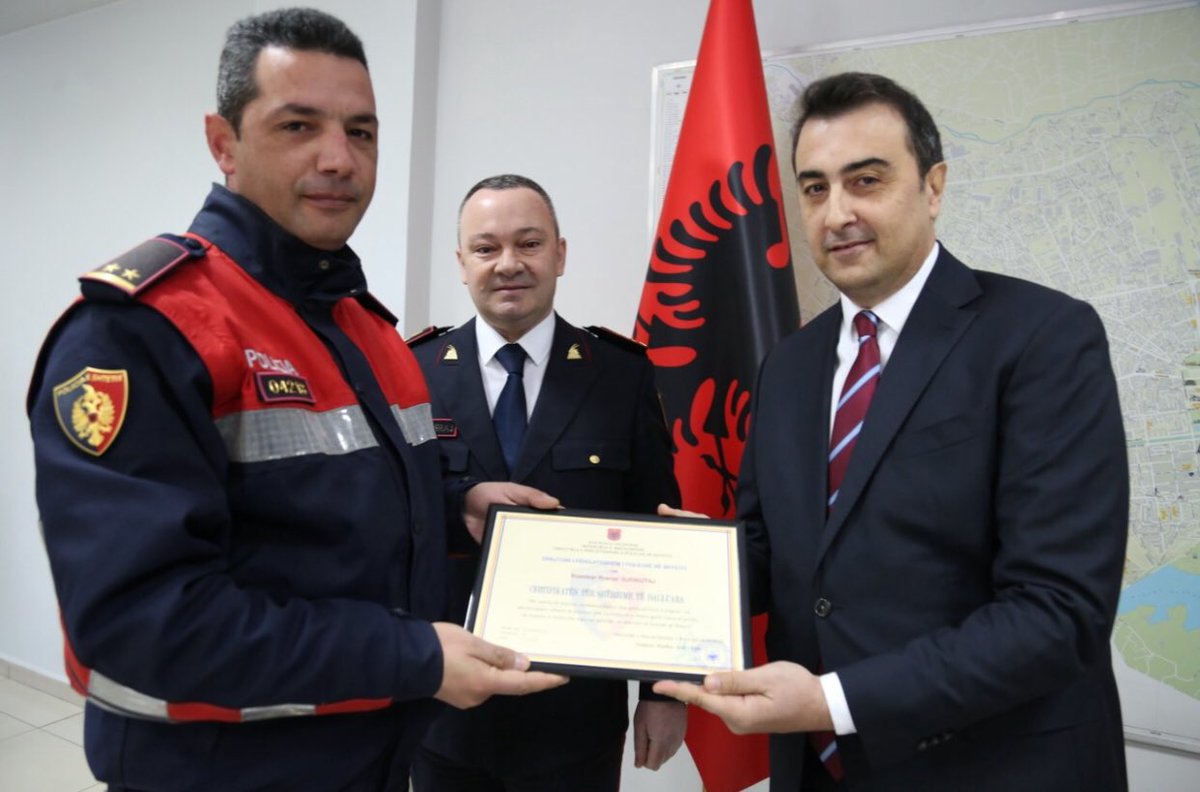 President of the Regional and Municipal Council of Tirana, Mr. Aldrin Dalipi attended the celebration of the 106th anniversary of the Albanian Police establishment, which was held in the premises of the Local Police Directorate of Tirana.
Mr. Dalipi on behalf of the local government and the Region of Tirana congratulated the director of Tirana Local Police Directorate, First Leader Kastriot Skenderaj for the 106th anniversary of the Police Directorate establishment.
“We bow with respect to your dedication and sacrifices, for the safety of our citizens. We support you in your battle against crime, corruption and your battle for law enforcement, “-said Mr. Dalipi.
The head of the Tirana Regional Council, Mr. Aldrin Dalipi together with the Prefect of the District of Tirana, Mrs. Suzana Jahollari and the director of the Tirana Local Police Directorate, First Leader Kastriot Skenderaj, consigned appreciation certificates for successful Police Officers in duty, while met and greet with family members of fallen officers in charge of duty.