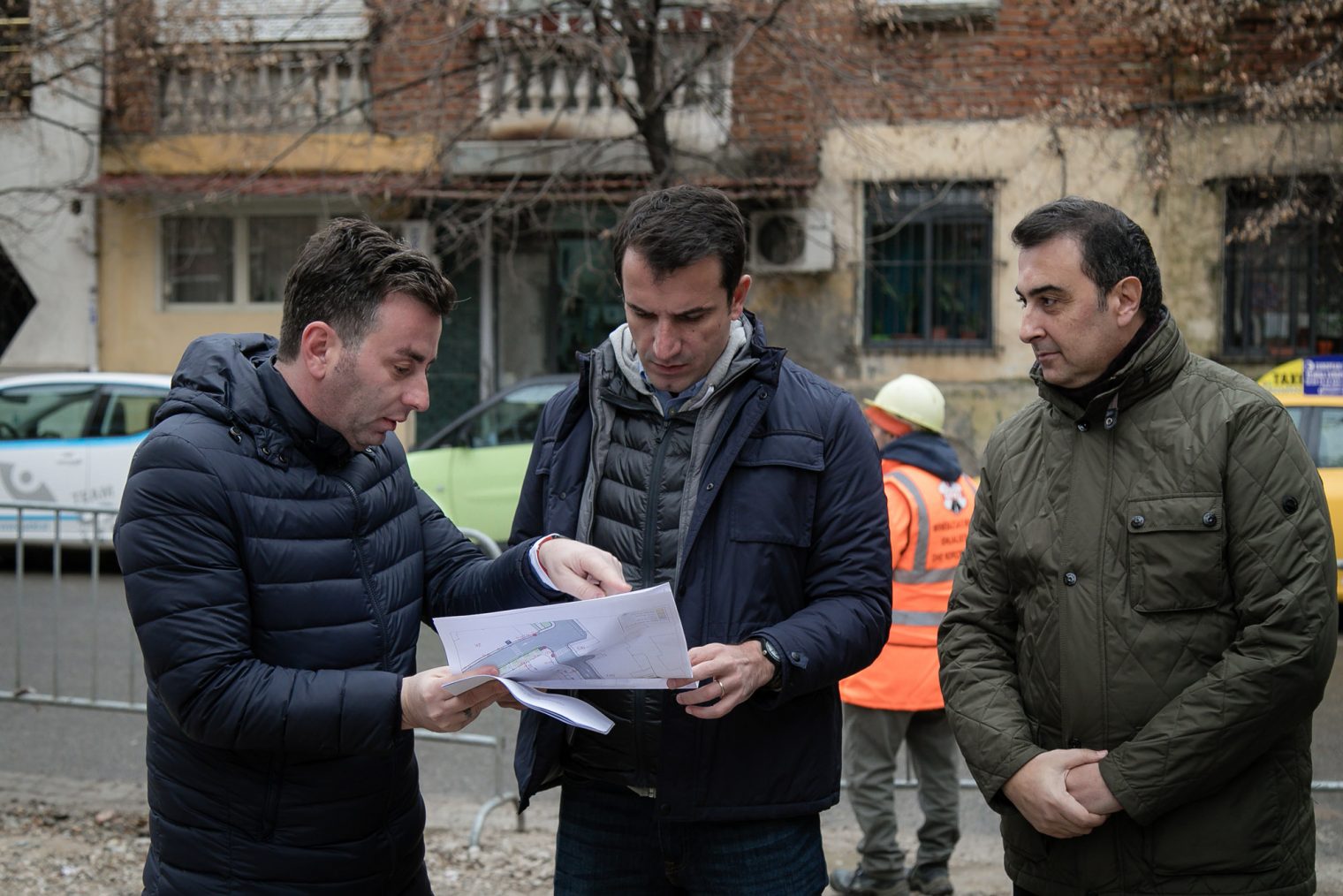 Residential block “Frederik Shiroka” in Administrative Unit no. 7 went through a major transformation from the streets with wholes and ballast, where almost every element of urban development was missing, to a new level of building standards.
The full urban requalification project of this area provides neighborhood residents with the good streets, sidewalks, recreation areas and, children’s playground.
During the inspection of the works, the Mayor of Tirana, Mr. Erion Veliaj stressed out that in this year the focus will be on the investments for every neighborhood and suburb area of the capital.
“Administrative Unit no. 7 is probably one of the most populated units, it can be considered as a second city after Tirana, and the fact that the requalification of “Frederik Shiroka” block starts this New Year, I believe it is a good news for all the residents. Work starts at the heart of Tirana and will end in the suburbs of the municipality, till to the Former Customs or the Bus Terminal nowadays.”,-he said. Veliaj stressed out the inclusion in the budged planning of such investments and expressed thanks to the residents who cooperated to free the occupied spaces.
Veliaj emphasized the importance of such investment in Unit no.7, which is not only one of the densest area of the capital, but also one of the Units which has benefited more investment in the last years.
“By maintaining this balance we will continue neighborhood by neighborhood and, I believe that Unit no.7 has seen in these 4 years a record of investments, which will be continued in the next election mandate. For sure, as we have started with the fifth gear speed we want to make known to the residents that the work will continue in the same pace as the first day till the last day by the end of June, “- said the head of the Municipality.
The Mayor of the City Council, Mr. Aldrin Dalipi, expressed his thanks to the municipality for the attention devoted to this unit, and said that the Council will continue to support any future investment.
“This is a welcomed investment. As a representative of Unit 7 in the City Council I would like to thank the Mayor and his team. What we see in these past years is that the unit has been touched in every corner, so we will continue in the City Council to support the Municipality of Tirana for such investments to spread and continue throughout Tirana,” – Dalipi said.