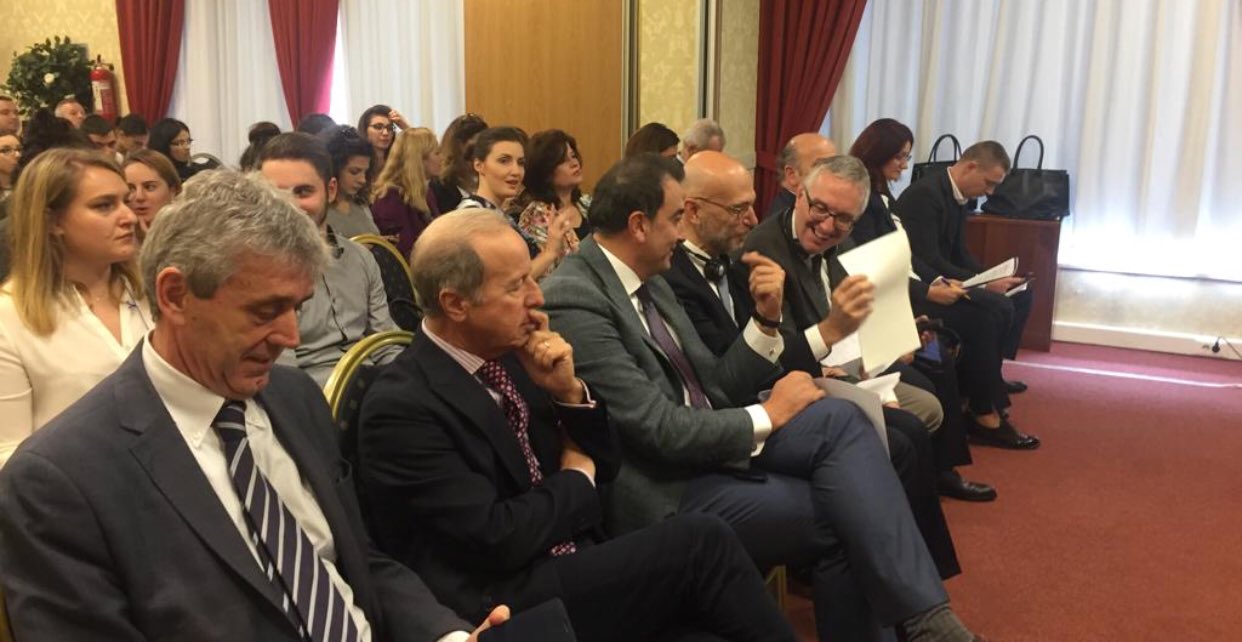 The meeting of the President of Tirana Region, Mr. Aldrin Dalipi with the President of the Marche Region Mr. Luca Beriscioli
AI-NURECC Conference “Meeting of Adriatic Ionian Task Force of the Conference of Peripheral Maritime Regions”, held on 21st November in Tirana brought the need for a new approach to the region.

The head of Tirana Region and the Vice-President of the Adriatic-Ionian Euroregion, Mr. Aldrin Dalipi and the President of the Marche Region as part of the discussion panel have seen the role of the Adriatic-Ionian Task Force of CPMR important and, as a valuable experience of a mechanism that helps to exchange good practices and identify common guidelines for future initiatives.

That is why he proposed to provide a co-operation agreement between the countries “in order to coordinate joint actions. This is an issue that remains in the will of the parties. On the other hand I appreciate the potential of Italian Regions and their voices in cases pertaining to local government in the area of the Adriatic Ionian Euroregion”.

For this issue, that Mr.Dalipi emphasized, a few days ago in a meeting he had in Tirana with the President of the Adriatic-Ionian Euroregion and also the President of Dubrovnik Region, Mr. Nikola Dobroslavic where, both of them shared the concern for some major projects lobbies, but there are still no concrete signs.

“We do not give up to raise these issues and I believe we are unison to support major projects such as the construction of the Adriatic Ionian highway (Dubrovnik-Tirana and beyond), the technological modernization of Ravenna-Brindisi railway line in Italy and also the advancement of air and naval liaison along the Adriatic-Ionian area “, said Mr.Dalipi, which demanded that the Adriatic Ionian countries should be in a common voice.