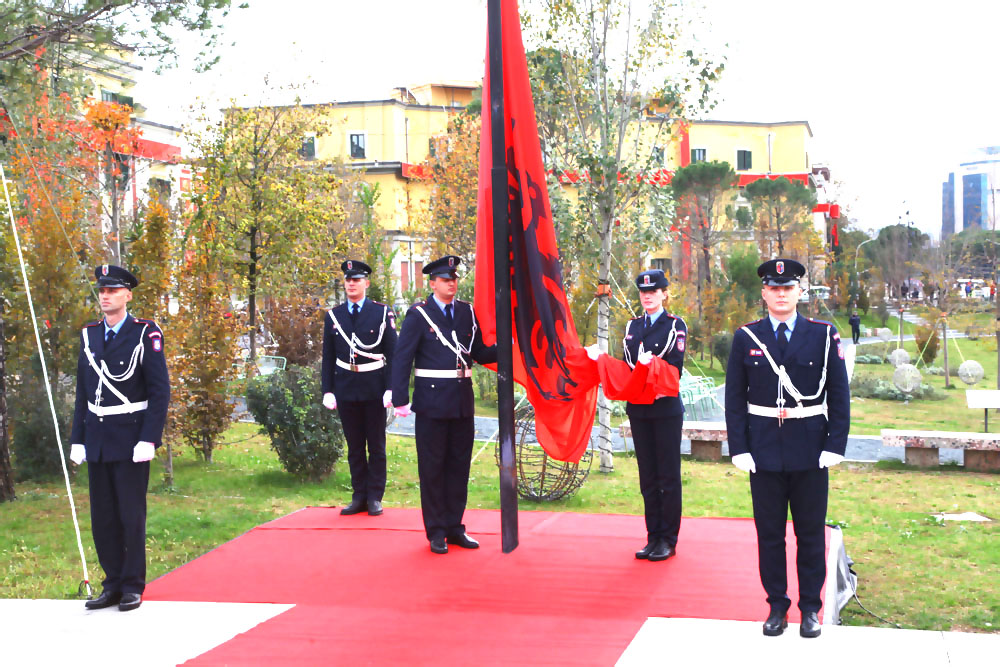 Tirana commemorated the 106th anniversary of Albania’s Declaration of Independence. At the symbol square of the Albanians, the “Skanderbeg square”, under the sound of brass orchestra of Tirana and 400 students who sang the National Anthem, was held the ceremony of raising the National Flag.

Mayor of Tirana, Mr. Erion Veliaj, who together with two children symbolically raised the flag at a ceremony marked by thousands of red and black balloons in the sky, and wished all Albanians the Independence Day, the 106th Anniversary of Independence.

Then, Mr.Veliaj said that history has shown that despite the noisy minorities, the progress of Tirana and the country will not stop.