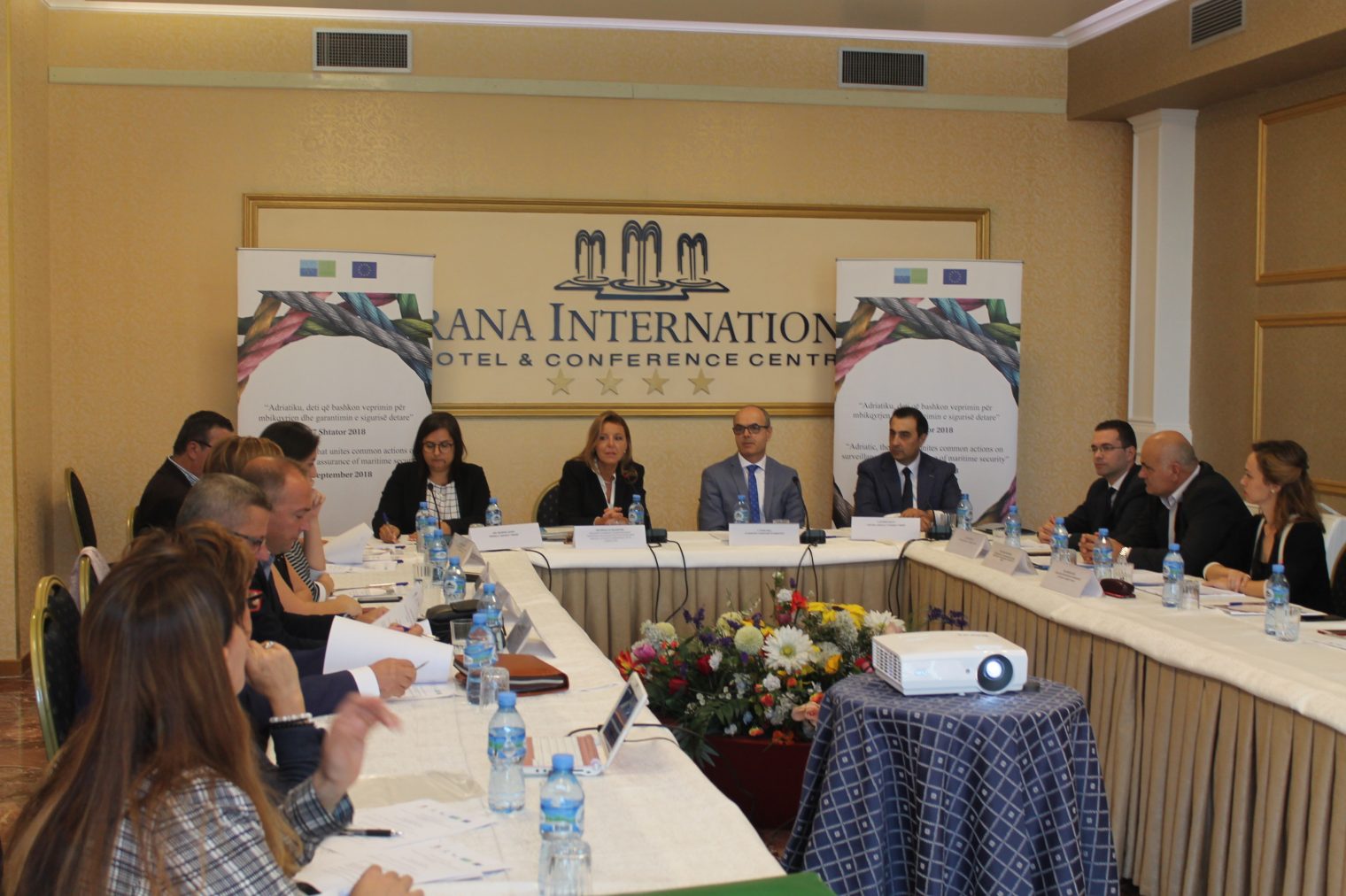 Tirana Regional Council organized the round table: “Adriatic, the sea that unites common action on surveillance for the assurance of maritime security”

Increased maritime security through closer communication and concrete common initiatives was the main objective of the roundtable gathering in Tirana experts from the region’s coastal countries.

The round table “Adriatic, the sea that unites common action on surveillance for the assurance of maritime security” introduced new and ongoing projects, regarding the challenges that institutions should overcome to maritime security related.

“The follow up of these roundtables and communications guarantees a transparent process for maritime security projects that are being developed in partnership among our regions”, said in his speech, Mr. Aldrin Dalipi, the President of Tirana Regional Council and Vice-President of the Adriatic Ionian Euroregion.

The participants at the roundtable, representatives of central, regional and local authorities, academics and development’s experts, through their discussions, brought novelties in dealing with maritime issues in the Adriatic.

They also identified various issues that require enhanced multilateral engagement to resolve them. Each of the speakers emphasized the importance of continued and efficient cooperation of the parties in the context of enhancing maritime security as a concrete impetus for the further development of tourism and the increase of tourist and economic exchanges between the counties and the regions of the Adriatic Ionian Euroregion.

On behalf of partners on both sides of the Adriatic and throughout the Adriatic Ionian Euroregion, participants in the meeting guaranteed the continuity of current engagements and mutual contribution in dealing with multi-dimensional maritime security issues.

At this table, discussed Mr. Petro Koçi, Deputy Minister of Defense, Ms. Paola Di Salvatore, Director of the Territorial Cooperation Service and EU Projects in the Abruzzo Region, the President of Vlora Region Mr. Ervis Moçka, as well as representatives of the Western Balkans Fund.

At the end of the discussions, there were presented the results of the “Blue NET” project, on “Innovation, in the maritime sector in the Mediterranean countries” developed by Shkodra Region.