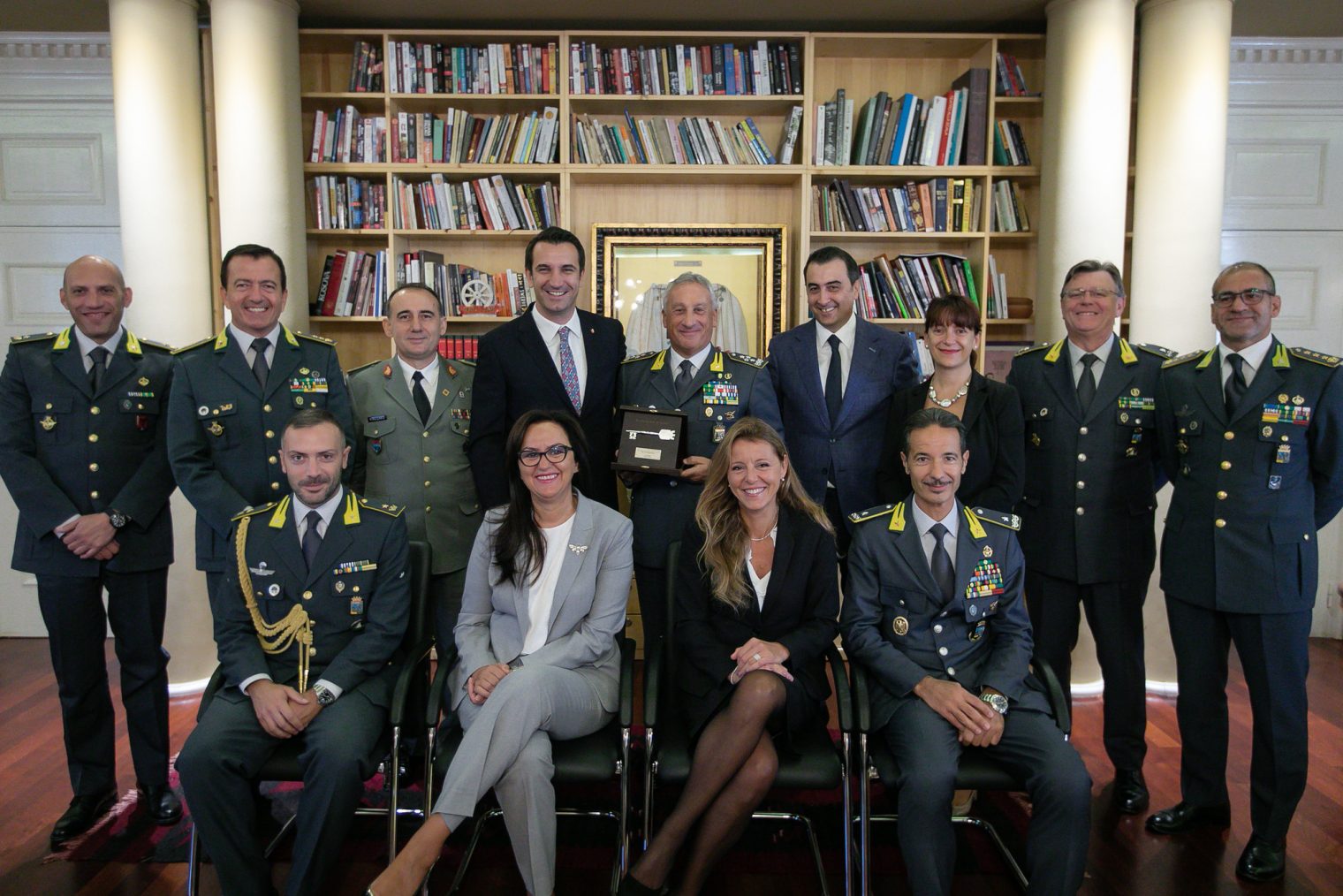 Albania is already a safe country and has undergone radical changes in public security, according to Guardia di Finanza’s General Commander, Giorgio Toschi, who appreciated Minister of Interior and the Albanian state police.
“Your beautiful city and country is far safer than ever before,” he said.
At a meeting with the Mayor of Tirana, Mr. Erion Veliaj, Commander Toschi praised the excellent cooperation between Albanian and Italian security police in these years, where our country is already a reliable partner in the fight against criminality.
In the name of friendship, Mr. Veliaj handed to the General Commander of the Guardia di Finanza the “Key of the City” of Tirana. “I hand you the “Key of the City” of Tirana, because we consider you part of our home; for the real friendship and appreciation for the Guardia di Finanza, for the will to move forward together, not as inferior, but as partners. Thank you very much! Now we have a city that is even safer and I believe that this is even your merit because there are things one can do alone, but there are also things like international crime that one can’t fight unless having real friends. You are a true friend and I appreciate you very much,” said Mr. Veliaj.
Mr. Giorgio Toschi considered the symbol of the “Key of the City” an honor made to him and to the “Guardia di Finanza” by the Tirana Municipality. He emphasized that the two countries are committed to maximal cooperating, while accentuated that he every day more he appreciates and adores Tirana.
“I’m very proud of getting this Key, because it’s a beautiful symbol, but even more for the significance and value that this Key represents. I repeat, I am fortunate to be General Commander at such a moment, where we are at the maximum of our commitment, both in terms of cooperation and security, as your beautiful city and country is much safer than ever before. Having followed these missions for 22 years now, I am very fond of them. Therefore this is also a great personal pleasure, because with this key I’ll figuratively open the gates of this city that I appreciate and adore everyday more,” said Mr. Toschi.