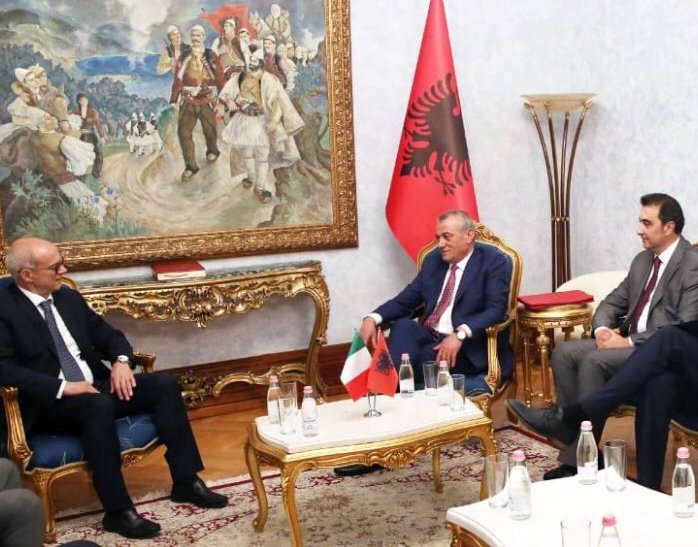 The focus of economic development in our country is on investments in small and medium enterprises (SME).
Albania’s main partner in this initiative is Italy. According to the President of the Molise Region in Italy, Mr. Donato Toma, Albania is a country with high potential to absorb foreign investors.
The free labor market and the fiscal package are incentives for Italian investors to come to Albania.
According to Mr. Aldrin Dalipi, Vice-President of the Adriatic Ionian Euroregion and President of Tirana Region, Albania has turned into an attraction for foreigners with the projects it’s implementing.
These projects do not only affect the urban transformation of the country, but also the increases employment of young people.
Currently in Albania, Italian businesses are mainly focused on the fason industry, but according to economics specialists it is time to invest in other sectors as well.
Two other sectors of interest are tourism and agro-tourism. For the latest, the Albanian government is designing a package of mitigating measures for anyone who will invest in agro-tourism.
President of Molise Region, Mr. Donato Toma, during his visit in Tirana, accompanied by the President of Tirana Region, Mr. Aldrin Dalipi was received by the Speaker of the Parliament of Albania, Mr. Gramoz Ruçi, where was talked about the political support of parliamentary level for the entrepreneurs of the Adriatic region to encourage the most successful investment models in a space that unites us.
President Toma and President Dalipi, were also welcomed in a friendly meeting by the Minister of Tourism, Mr. Blendi Klosi. It was emphasized that initiatives in the field of tourism, agro-tourism, and agriculture are important for sustainable development.
This was the first international visit of the Governor of the Molise Region, while the meetings in Albania started in Tirana Municipality where Mr. Toma expressed interest for investments, but also appreciation for the fantastic transformation of the capital.