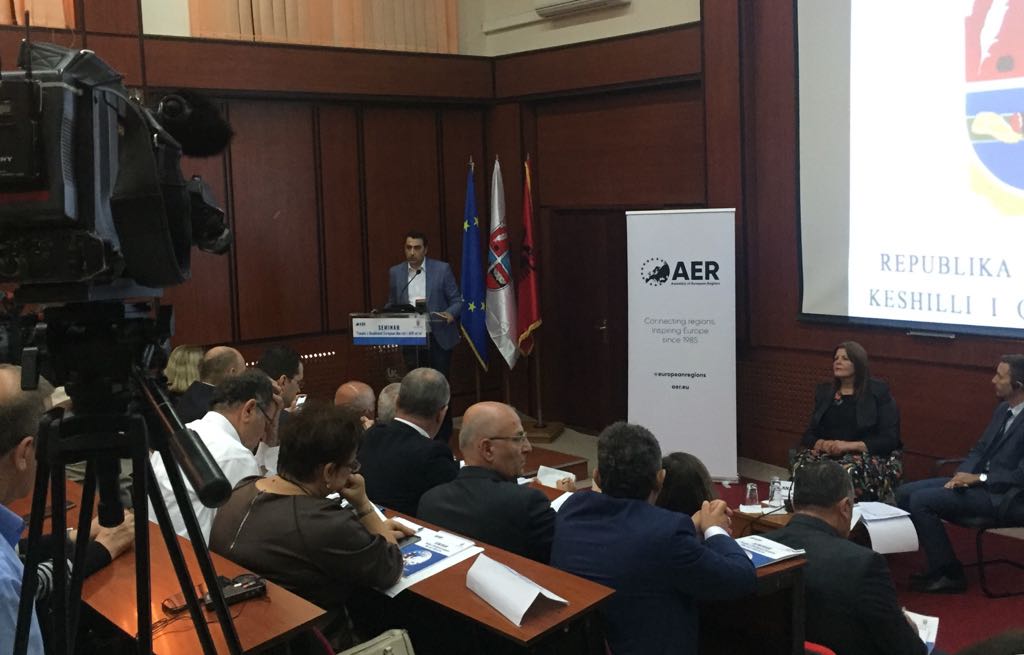 In Korça city, there was organized a seminar on “EU funds and the role of AER in them” as a cooperation between the Regional Council of Korça and the Assembly of European Regions (AER).

The meeting was welcomed by the President of Tirana Region and Head of the Association of Albanian Regional Councils, Mr. Aldrin Dalipi, who emphasized the role of regional and local government in the European integration steps and encouraged joint projects that develop territorial cohesion, tourism, agro-tourism and rural areas.

The Assembly of European Regions with a high level of representation at this seminar brought concrete examples in building bridges between partners at various levels, but also involving public institutions in the absorption and implementation of EU funds.

Also, the participants attended a working meeting addressing the involvement of the Albanian regions in the Assembly of European Regions, the roles and duties of each member, increasing cooperation and the areas required for investment in the respective regions.