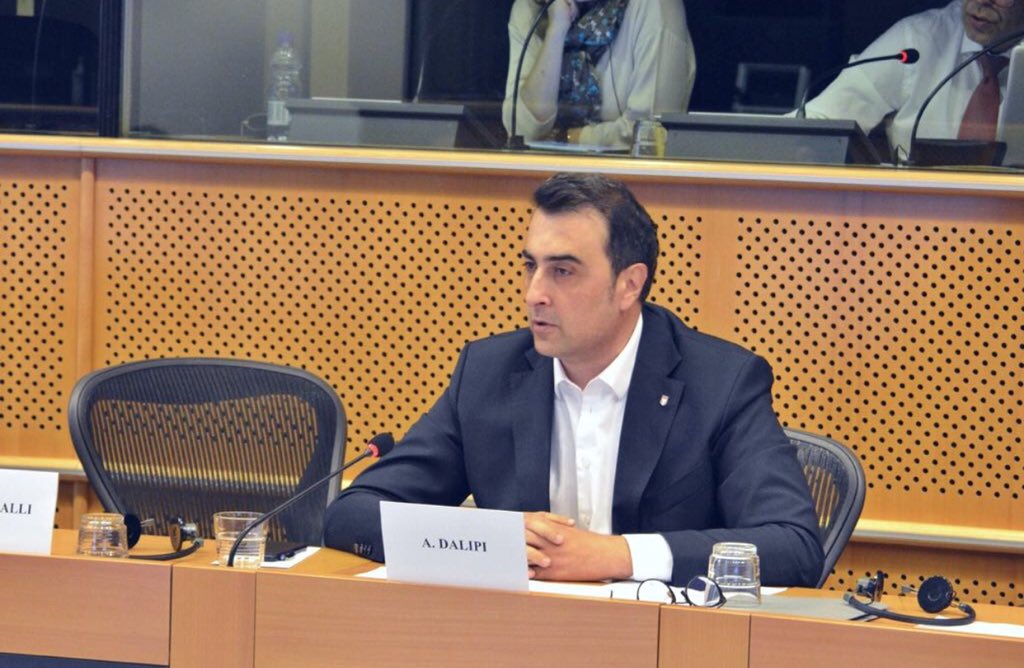 President of Tirana Regional Council Mr. Aldrin Dalipi attended the joint meeting “EUSAIR Friends” at the European Parliament, a meeting organized by the MEP Ivan Jakovčić and the Conference of Peripheral and Maritime Regions of Europe (CPMR).

Mr. Dalipi during his speech at this important meeting, also in the capacity of the Vice-President of the Adriatic-Ionian Euroregion, said that Tirana is an important knot of this area and a model of extraordinary change while calling for many European projects to have on focus youth as a strong energy for change and progress.

Pointing to another important issue, he emphasized that the Adriatic and Ionian area should focus heavily on concrete measures of sea protection from pollution as a common asset of precious value.

Mr. Dalipi also emphasized the importance of interconnection between regions and cities with the blue highway as well as by sea and air by developing the tourist potential of this area.

The MEP Jakovčić supported focusing on issues related to youth engagement and encouraged decentralization in the Adriatic-Ionian area to give more power to local government and thus gaining more EU funding.

During his visit in Brussels, President of Tirana Regional Council held a special meeting at the CPMR headquarters with the Secretary General, Ms. Eleni Marianou, where was discussed about Tirana’s role and its concrete cooperation in European projects.