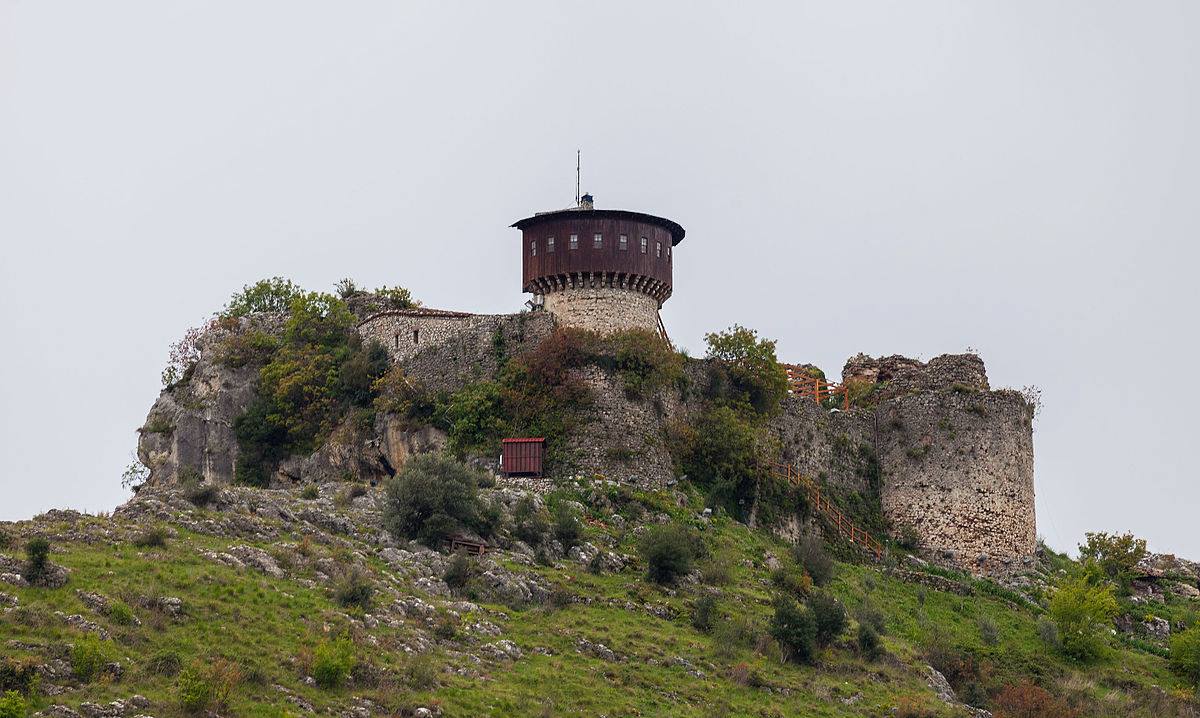 Along the national road Tirana-Elbasan, at a distance of 12 kilometers to the southeast, lays Petrela, one of the most beautiful areas of Albania, whose name derives from the word “rock”.
The road to Petrela flows smoothly, sailing through the green oasis, the narrow valley, through which the Erzen River sneaked. Petrela has been and remains an ancient branch of the “Egnatia” road connecting the cities of Tirana and Elbasan, whose craggy fragments are still preserved to our days.
Petrela is mentioned for its rich microclimate, beautiful panoramic views of hilly-mountainous terrain and rich natural resources.
Its relief has some very distinctive physical-geographic units. There is 6 km long Fark Ridge, with a height of 222 meters up to 445 meters above sea level, which is covered with shrubs, where Myrsine and Thymus make up a rare estate.
In Today’s Tirana has become fashionable buying a characteristic home in this village, which has made land value much higher than before. Many citizens of the capital have been displaced and live in the wonderful Petrela. Saturday and Sunday are the days when Petrela waits and conveys a lot of visitors.
Tirana’s Citizens choose Petrela as a place to “escape” with great desire to a different place that gives calmness. Within a small territory, there is a possibility of selection; cultural tourism, culinary, greenery and agro tourism. They all merge between them in Petrela, remaining among the most visited areas on the peripheral Tirana. Petrela’s fortress rises above a rocky hill above the village of the same name; it has triangular shape with two watchtowers.
Its first construction belongs to the period of antiquity, while today’s form dates back to the 15th century. If we go back in time we will see that the Castle of Petrela was part of the Kruja castle’s signaling and defensive system. This fortress was under the command of Skanderbeg’s sister, Mamica Kastrioti. There is a restaurant service in the castle premises. A beautiful view of the Erzen valley, the olive groves and the surrounding mountains is visible from the front.
But it is not just its natural beauty that attracts many visitors from the country and the world, history is another strong point of Petrela. Those who hear the history of the castle remain amazed and rush to click on the Internet to find more data by wanting to build a clearer picture of what they see intertwined with the past.

Environment
What makes the Petrela more attractive is its greenery. The great fortune of the castle is that it is located on an extremely picturesque ground, below it lays the reach greenery of nature.

Such a landscape and a road built in recent years have made the number of visitors grow more and more in Petrela. The lack of massive built and the growing number of trees make the medieval castle a green lung for the overcrowded capital.

Must sees in Petrela: Petrela’s Castle, The Bridge of the Bride, Ancient Epic Residence of Persqop, Petrela’s monument, etc.