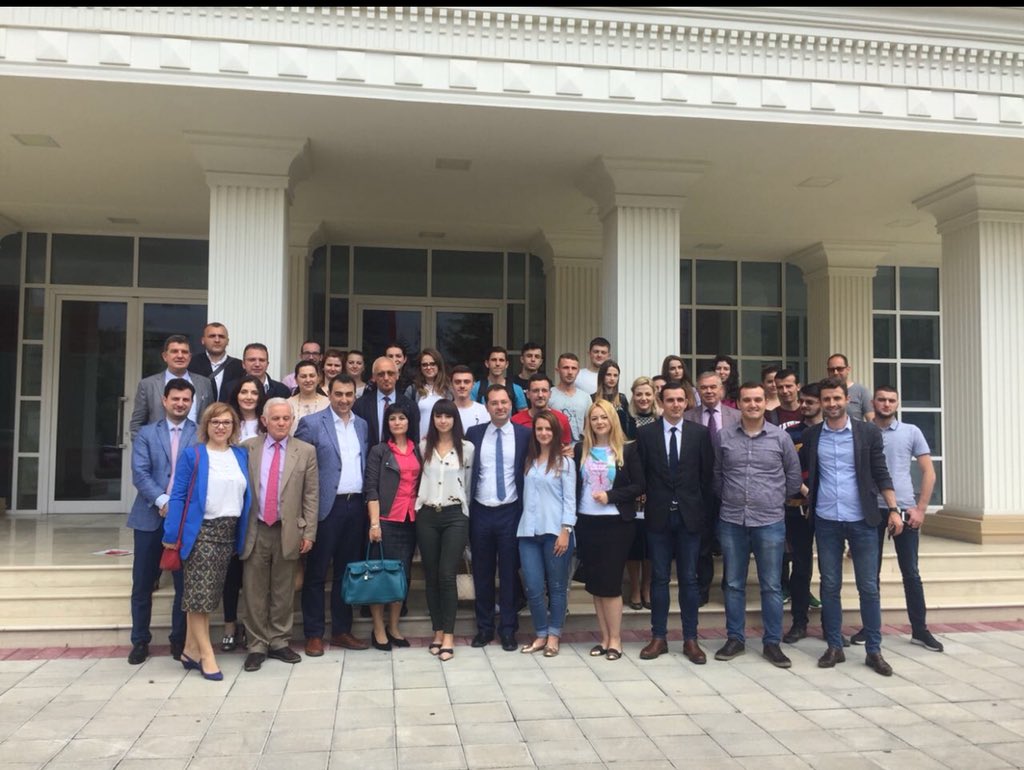 President of Tirana Regional Council also Chairman of Municipal Council Mr. Aldrin Dalipi joined an open debate with representatives of the Alliance of Young Councilors of Tirana Municipality, and students of Luarasi’s University College, on raising awareness and participation of young people on local government.
Mr. Dalipi emphasized that it is about time for the students to directly deal and engage in local decision-making policies.
“We think that students should recognize the role of local government, its decision-making related directly to young people in the community they live in. In this sense, I think that “Luarasi University College” represents a very important university in Albania, either from the point of view of student participation or the quality of professor’s staff. I enjoyed the discussions with the students today; I hope that in the future, students of this university will aspire to be part of the municipal councils in the territories where they live or in the Tirana’s Municipal Council.”
Mr. Dalipi said that although representatives of various political parties are members of the “Parliament of Tirana”, they are united while giving a common message: young people should be an active part of this institution.
“The establishmet of the Youth Alliance is a strong message that young people should be an active part of local government. Some of you may be distant to the idea of being a member of the Municipal Council. From my experience since 2011, the presence of young people in this mandate is changed totally. Their role has been extremely active and is growing,” said Mr. Dalipi.
Taking advantage of his many years of experience at the Council, Mr. Dalipi also gave the first lessons for those who aspire one day to take a seat at the local government body.
“The most important thing when you are a member of a Municipal Council is to be out of the influence of the debates that take place at the central level. Even when I was in opposition, even now in majority, I think that the success of a councilor, groups of councilors or all the Municipal Council has to do with the fact that it responds directly to the needs citizens on the ground. The Alliance of Young Councilors has an important role”, underlined the chairman of the Municipal Council.
Meanwhile, chair of the Alliance of Young Councilors in Tirana Municipality, Ms. Joleza Koka, informed the students about the funds that the municipality accords especially to them, as well as how they can exercise their right to participate in local government decision-making. The Alliance of Young Councilors is a framework of promotion the participation of young people in policy making at the local level.