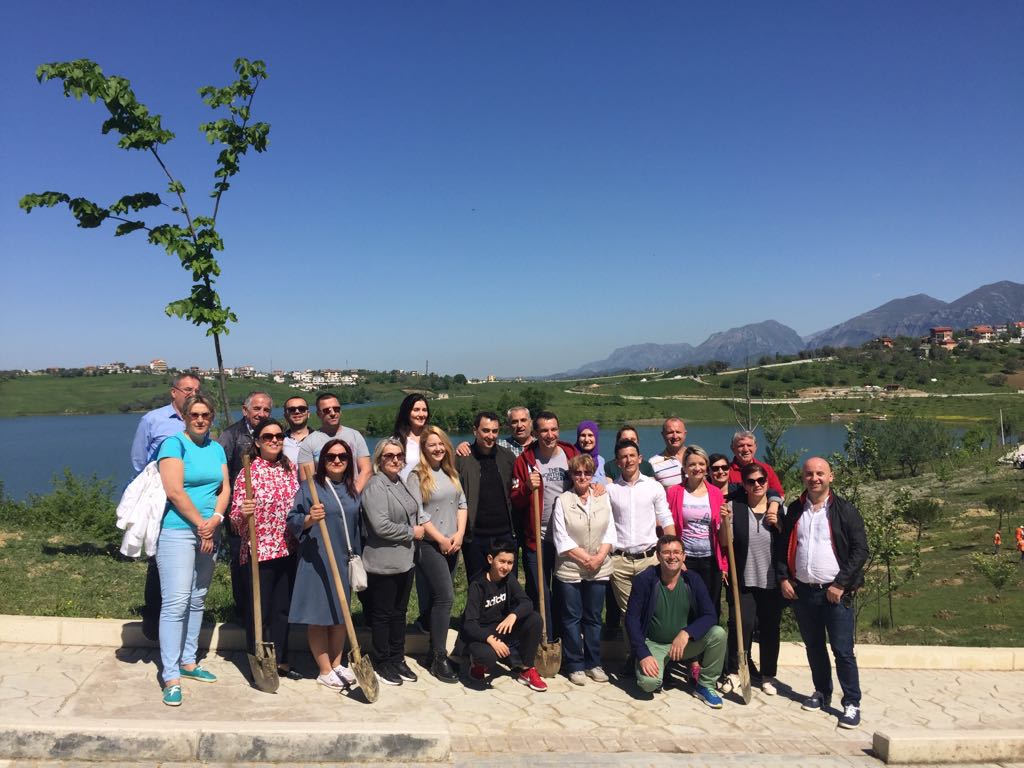 Tirana successfully crowned its planting campaign with 120,000 new trees, which are a green revolution for the capital.

On International Earth Day, the Mayor of Tirana, Mr. Erion Veliaj, joined the action of planting 1123 new trees in Farka’s Lake, together with members of the Tirana Regional Council.

Mayor Veliaj said that the planting campaign not only gave the city a positive energy but at the same time laid the foundations for a beautiful tradition of citizens, businesses and local government cooperation.

“I am very happy to finalize a fantastic campaign for Tirana, which gave energy to all of us. As a big family we got up for a need of our city. The municipality could not afford it alone, unless we all work for the city. This campaign has been a magic of cooperation. Today we have started a tradition, which should be preserved by everyone as a way to say that each of us has a mission to leave a mark in our city,” said Mr. Veliaj.

Mr. Veliaj added that with the citizenship and cooperation shown in this planting campaign in the capital, shows that the best days for Tirana are to come.

Mr. Veliaj added that Tirana does not have time to lose, so he invited citizens to come together on such positive initiatives while thanking all those individuals, organizations, state institutions, foreign representations that became part of the initiative, adding more greenery to the city.

Farka’s area, which two years ago was covered by garbage as a resembling a garbage dump, has transformed into another green space of the capital, like the Artificial Lake Park of Tirana.