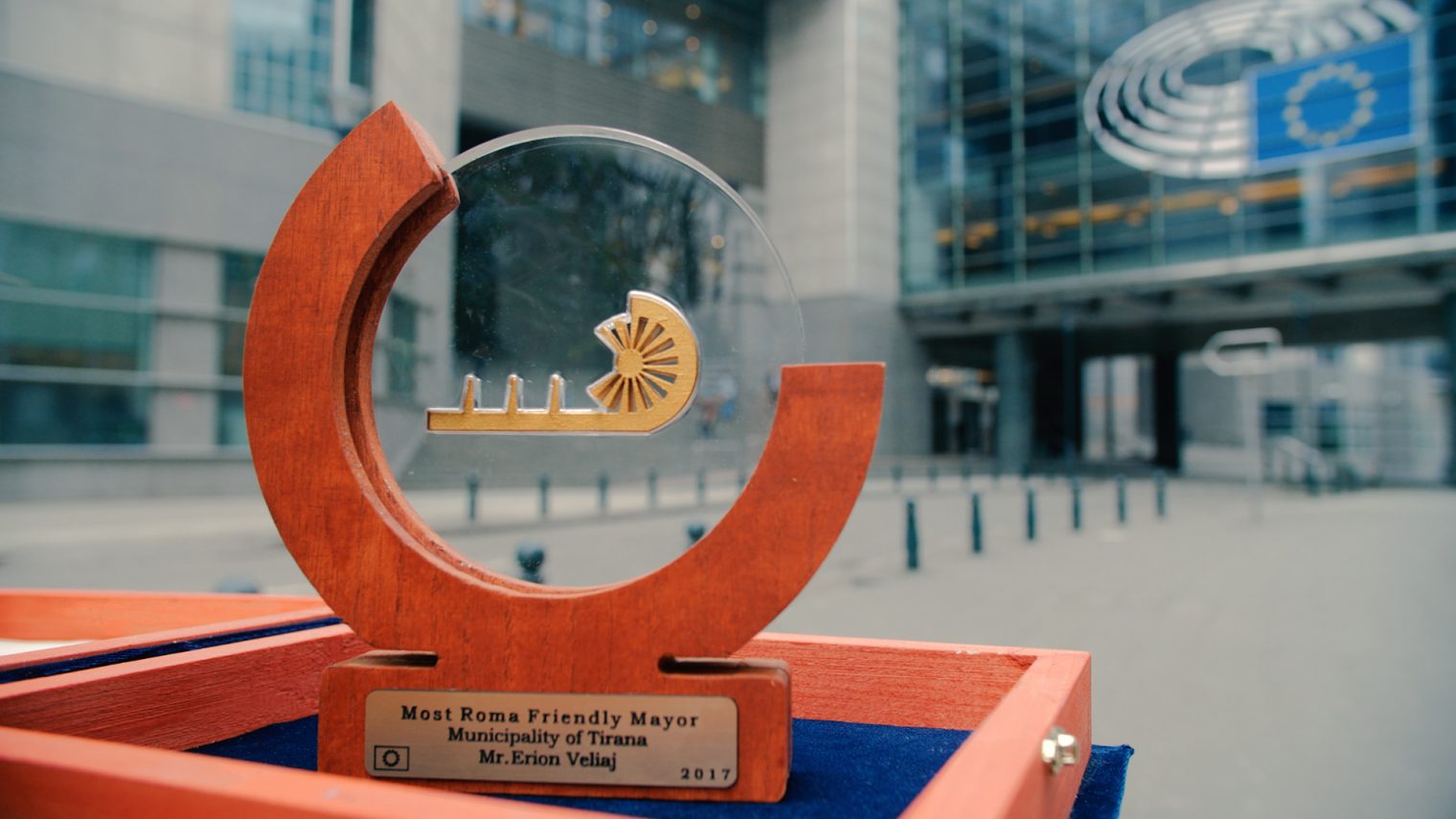 On the very first working day as Minister of Social Welfare and Youth back in 2013, Mr. Erion Veliaj started to care for Roma community living on the streets near the peripheral areas of Tirana.

Meanwhile, in the first two years as mayor of Tirana, with the help of various donors, he provided long-term housing solutions for the vast majority of the Roma community living in Tirana, by building apartments for the community.

Mayor Veliaj thanked the European Commission for the evaluation and emphasized that this price goes to all the citizens of Tirana who have been open and supportive in addressing this issue. He added that this attitude toward Roma community makes not only Tirana, but the entire country more Western oriented one and brings it closer to the values of European Union.

Mr. Veliaj expressed his gratitude to all those who contributed to this process, emphasizing that Roma community today in Tirana not only has better living conditions, but also more opportunities to be educated and integrated into society. “We will continu to approach this way even with smaller Roma communities who need our help, but above all, to show that Tirana is today one of the most European cities in the Balkans.

Taking this prize from the European Parliament and the European Commission as the most friendly city for Roma community, not only makes us proud, but also inspires us to continue in this great path of emancipation, which we all need”, said mayor Veliaj. President of Tirana Region also Chairman of Tirana’s Municipal Council Mr. Aldrin Dalipi reacted to this award as well.

“The appreciation by the European Commission to Mayor Veliaj, goes for what he did and does with courage and determination, being engaged with Roma community issues, treating them with dignity and special care; a model that leaves behind their dramatic past. Encouragement,” writes Mr. Dalipi on social networks.

The ceremony “Most Roma friendly mayor” was organized by the European Commissioner Ms. Soraya Post, Director General for Neighborhood and Enlargement Negotiations, Mr. Christian Danielsson and the European Network of Roma Organizations, at the conclusion of the campaign “Joint Initiative for Empowering Roma Civil Society in the Western Balkans and Turkey”.