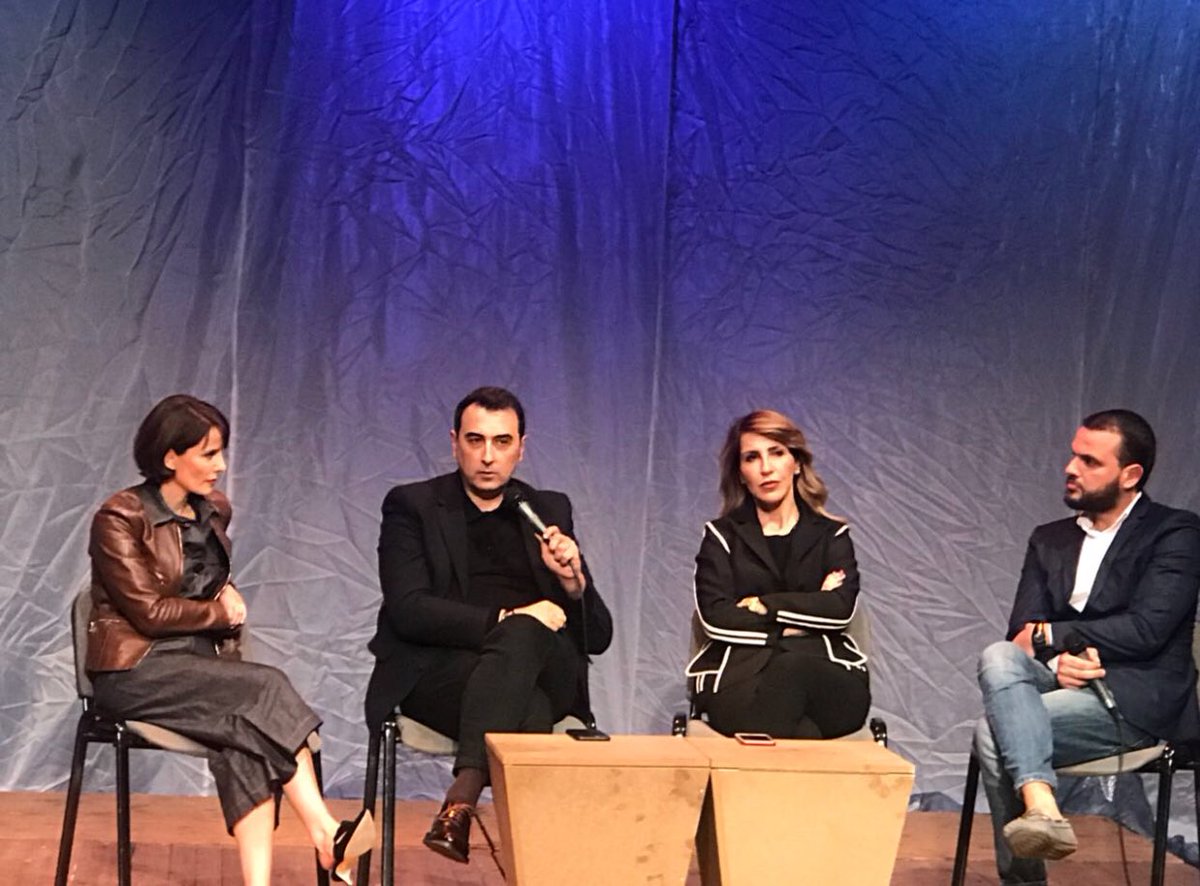 In the framework of projects promoting local democracy, an important activity was organized in the presence of many young people at Academy of Arts in Tirana.
…..“Three men, the Great, the Middle and the Small one, all three well dressed to refinement, are lost, in the middle of the sea on a floating craft.
They have run out of food and have to find a way to survive.
What will it be? What will they feed themselves with? How these three men will survive?
There is only one way out: they should eat one of them. Whom?
To decide this, the three men will collide in strong debates and will develop long electoral processes.
Will they make a fair decision? Will they respect democratic rules? Will they consider the words of the Small one?”…
The comedy “Offshore”, from Slavomir Mrozhek, the dissident dramatist rated as the best Polish author brought his dramatic satire in the Black Box hall of Academy of Arts on April 5th.
A strong dramatic satire on power, “Offshore” is a show on absurdities that happen for its sake, violating and oppressing without any hesitation the Small one, the powerless one, thus harming and violating democracy itself.
“Art & Debate” activity was designed as such that after the show, a debate on the messages that it brought was held between the audience, of high school students, and a panel composed of politicians, journalists, activists and representatives of local government.
Part of the discussion panel was the President of Tirana Region also Chairman of Tirana’s Municipal Council, Mr. Aldrin Dalipi, the former Minister of Integration Ms. Majlinda Bregu, and the journalist Ms.Mira Kazhani. The debate was moderate from Mr. Arbër Çepani.
In this activity it was emphasized that Tirana encourages young people to engage in local initiatives.
Art & Debate will serve as an alternative way to promote local democracy in Albania, as part of the projects granted from “Lëviz Albania” (Move Albania) (funded by the Swiss Agency for Development and Cooperation), which encourages civil society organizations, individuals and their groups, to improve the level of local democracy, promote local policies that strengthen the role of youth.