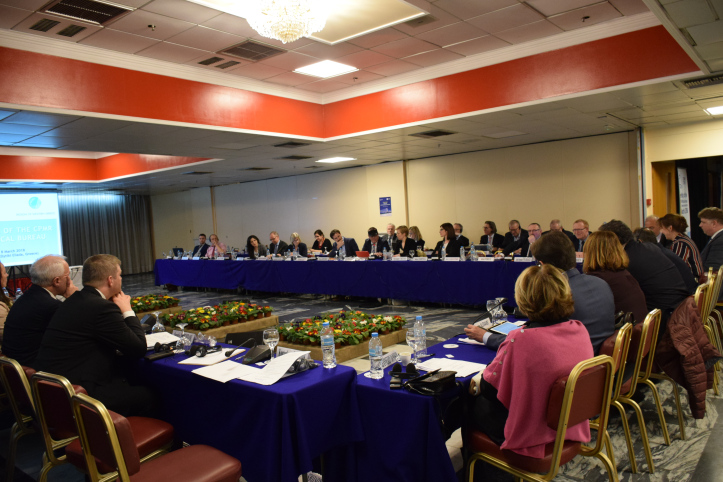 The meeting of the Political Bureau of CPMR hosted from the Region of Western Greece, was held on March 8th in Patras.

Its discussions were focused on the future budget of EU, its budget and the post 2020 Cohesion Policy, transport and migration issues.

The meeting of the political bureau of CPMR was attended by the vice-president of Tirana Regional Council Ms. Bora Panajoti and executive director of the Association of Albanian Regional Council, Ms. Blerina Guga. The political bureau of the Conference of Peripheral and Maritime Regions – CPMR supported the inclusive message of the European Parliament on the future of EU budget “An ambitious EU calls for an ambitious budget”.

This is the only way EU could win the new challenges as security and climate change, assuring at the same time that traditional policies such as Cohesion Policy and Common Agriculture Policies, continue to address economic, social and territorial issues of the Union. CPMR called on the European Commission to build a budget that gives to regions the needed flexibility to address regional inequities, and fully adaptable with their regional development strategies and the politic vision of EU.

President of CPMR, Mr.Z. Vasco Cordeiro, during his speech, emphasized the need of having an ambitious EU budget focused on investments, in order to assure that Cohesion Policy and Common Agriculture Policy will continue to contribute to the added European value, aiming to meet the objectives of EU Treaty. Secretary General of CPMR, Ms. Eleni Marianou, pointed out that “If EU with its post 2020 budget wills to serve its citizens, it should give to regions the space they need to treat regional inequities and to incentive growth.

Common management programs such Cohesion Policy should be at the center of the reforms for a new post 2020 European budget”.