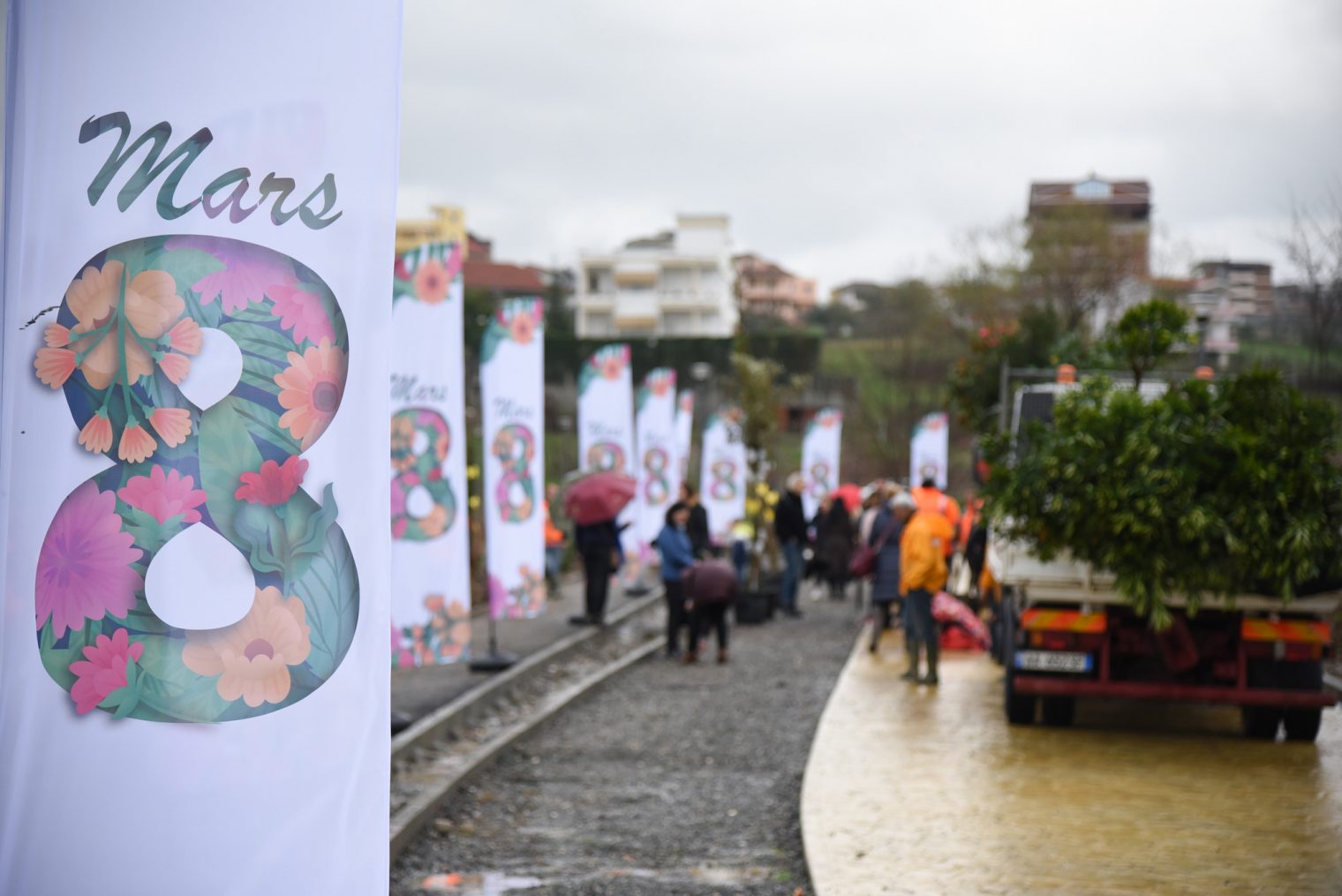 Mayor of Tirana, Mr. Erion Veliaj, reserved a special felicitation on March 8th for all the women and girls of the capital, expressing his gratitude for their dedication to the city. “Today, the greatest appeal to us, men and boys, is to be gentle with them, to realize that most of the sacrifices and the daily struggles, from housekeeping to work, are made by mothers and girls.

I am glad for this small symbolic gesture, free public transport for them today. It is a small gesture of gratitude for the sacrifices and the contribution that women and girls give to the success of Tirana city,” said Mr. Veliaj, who together with the female members of the Municipal Council, the heads of the administrative units, and many of the leaders of the organizations of civil society operating in the city of Tirana, planted 500 trees in a new area of Tirana’s Artificial Lake Park, which will be called “Mothers’ Trail”.

Mr. Veliaj expressed the conviction that even in the upcoming elections Tirana Municipal Council will be dominated by women and girls. “Even in the upcoming elections we will stand to our commitment to having a Municipal Council dominated by women and girls, and we would like that Tirana’s spirit to continue in other cities,” said Mr.Veliaj.

While thanking them for the sacrifice and contribution given to the city, Mayor Veliaj stated that Tirana, not only has a majority of the girls and ladies in the Municipal Council, but also 70% of the city’s management is realized by women and girls.

This March 8th, to the initiative of Tirana Municipality to plant trees was joined a group of mothers of autistic children, who planted trees near the Amphitheater, in the name of their sacrifice as mothers of children with special needs.