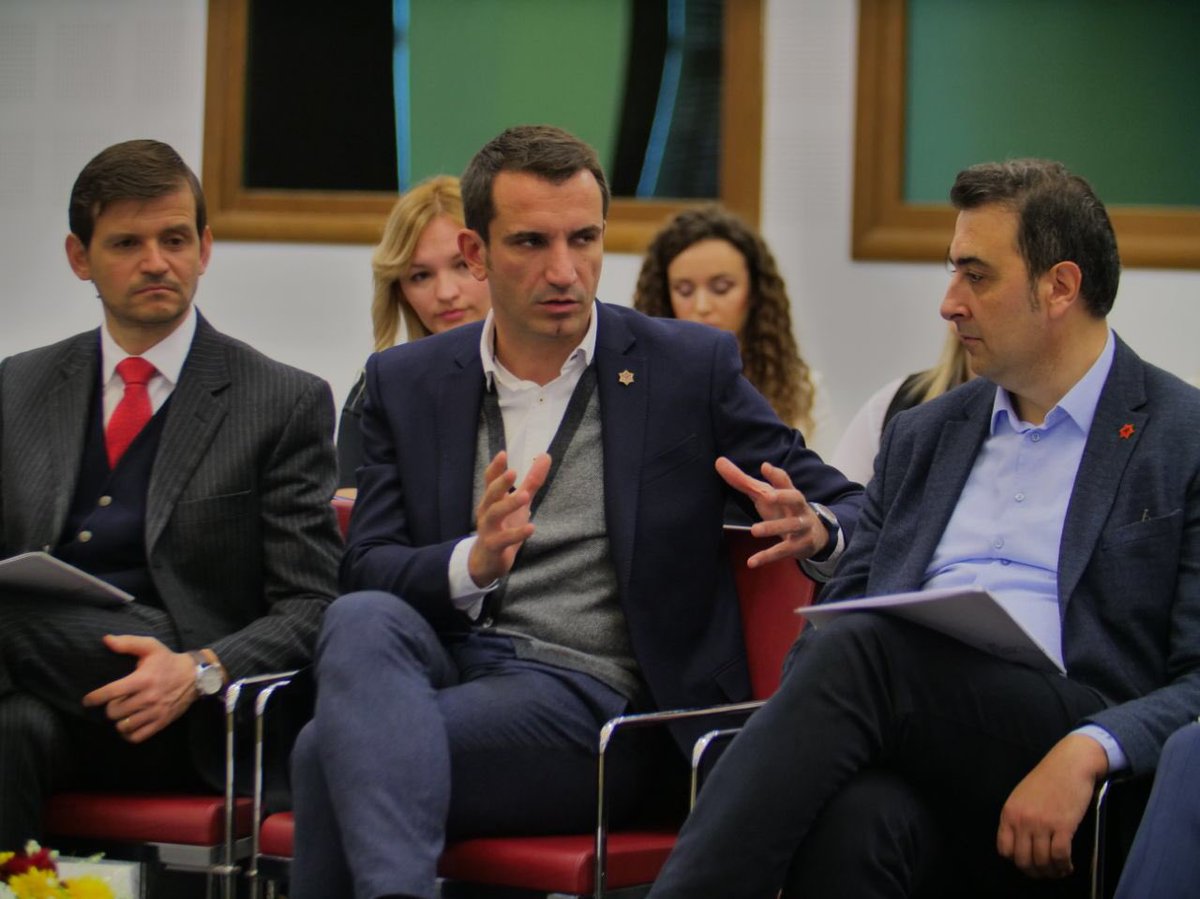 Head of Tirana Regional Council and Chair of Tirana Municipal Council, Mr. Aldrin Dalipi attended the second meeting of the Union of Albanian Municipalities and Communes, held in Prishtina on February 17th 2018, an event that coincided with the 10th anniversary of Kosova’s Independence Day.

Tirana is becoming everyday more a regional center of events and offices. In the second meeting of the Union of Albanian Municipalities and Communes, after the first one in Tirana a year ago, delegations form Tirana, Presheva, Ulqini, Tetova, Gostivari, Prizreni dhe Fieri established the Technical Secretariat of the Union with its headquarters to be in Tirana.

Head of Tirana Regional Council, Mr. Aldrin Dalipi said that the Union started since its first meeting with a concrete agenda of development and commitment for greener cities, dedicated bike lanes, encouragement of use of electric vehicles on public transport etc.

Mayor of Prishtina, Mr.Shpend Ahmeti declared that the Union is a very good opportunity to exchange experiences of successful projects among us, and emphasized that “Time for collaboration is now!”

The Union of Albanian Municipalities and Communes aims at creating needed mechanisms and climate of collaboration among Albanian cities in the region, while creates for municipalities and communes collaboration and exchange opportunities on specific fields of urban development, innovation , culture and exploring new forms of financing urban projects.

Based on the memorandum signed from the municipalities and communes during the first meeting of the Union in Tirana, they engage to collaborate while applying for funds on regional cooperation projects and support each other with assets, expertise and staff in cases of civic emergencies.

The following meeting of the Union will be organized in October in Tetova.