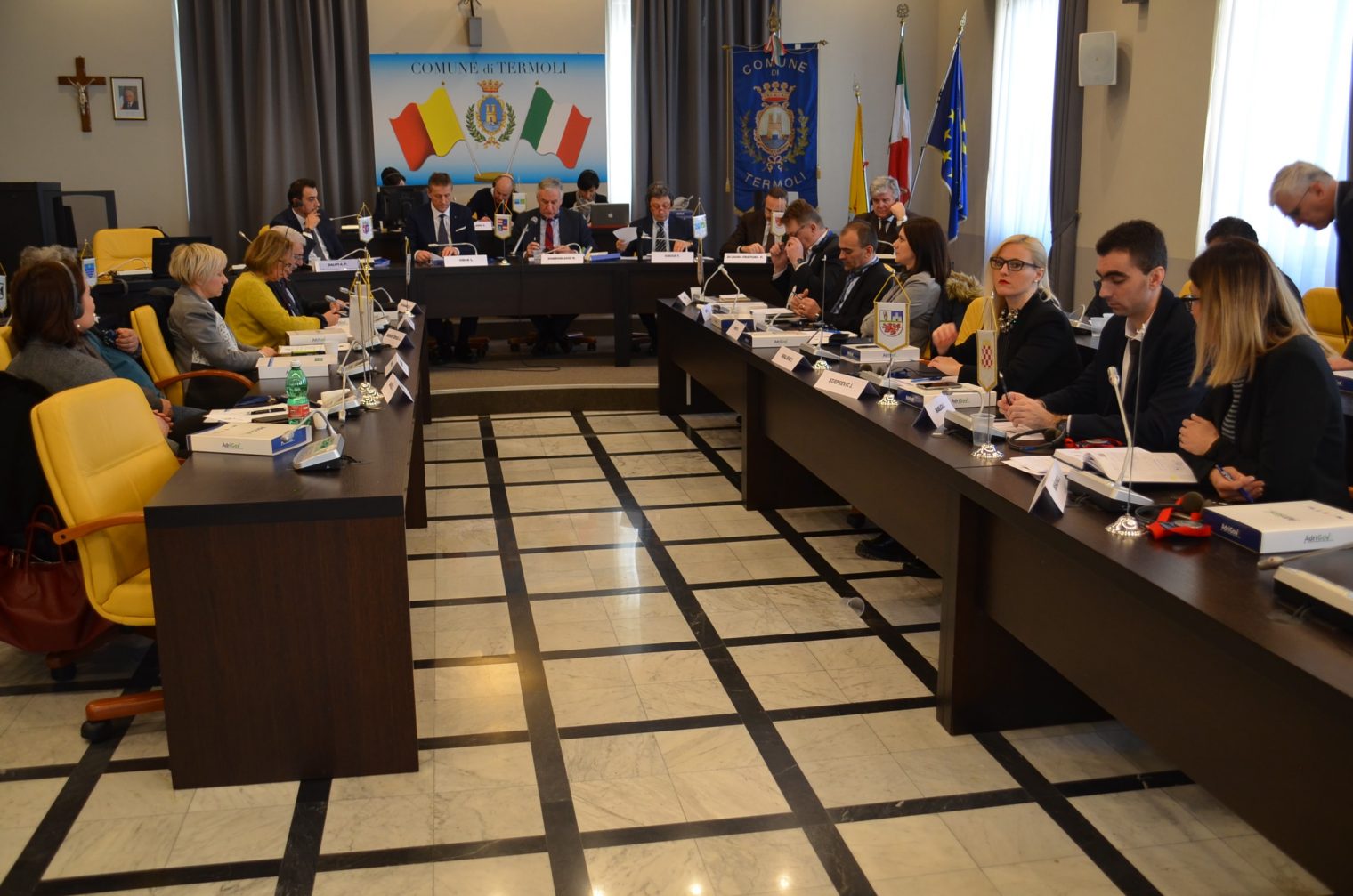 The XVth General Elective Assemble of Adriatic Ionian Euroregion, organized from Region of Molise, was held in Termoli on February 8th 2018. The works of the GA were focused on internal issues of the organization and renewal of the AIE governing bodies.
The agenda for the meeting involved a debate on the past and future activities of the association, its participation in EUSAIR initiatives and the European projects.
The AI-NURECC initiative was approved, meaning that the Adriatic Ionian Euroregion will collaborate with the most important macro-regional institutions in order to realize a joint project focused on macro-regional strategy. The Assembly approved the AIE activity report and budget for 2017 and the AIE activity & financial plan for 2018, confirming also the annual membership fee for 2018.

The Assembly appreciated the Presidency of AIE, elected two years ago in Brussels, and reconfirmed it unanimously for another two years mandate; President Nikola Dobroslavić from Dubrovnik Neretva County was renewed as President of AIE, President Aldrin Dalipi (Regional Council of Tirana, Albania) and President Luciano D’Alfonso (Abruzzo Region, Italy) were reconfirmed as Vice presidents.

Mr. Dobroslavic underlined that citizens of the Adriatic Ionian area need better transport connections, such as efficient maritime routes, Adriatic-Ionian highway, high speed rail and flight connections. Without the cohesion policy, such kind of investments will not be possible in the future, so this crucial EU policy must be strengthened in post 2020.
In the Adriatic Ionian Euroregion are members of this basin region from Italy, Croatia, Montenegro, Albania and Greece.

The organization is an initiator of the EUSAIR Strategy of the EU and is a powerful actor on projects and initiatives that connect the regions and cities with the European strategies.

AIE is the largest network of local and regional authorities in the Adriatic Ionian basin and its Presidency for the second time in two years has an Albanian representative.