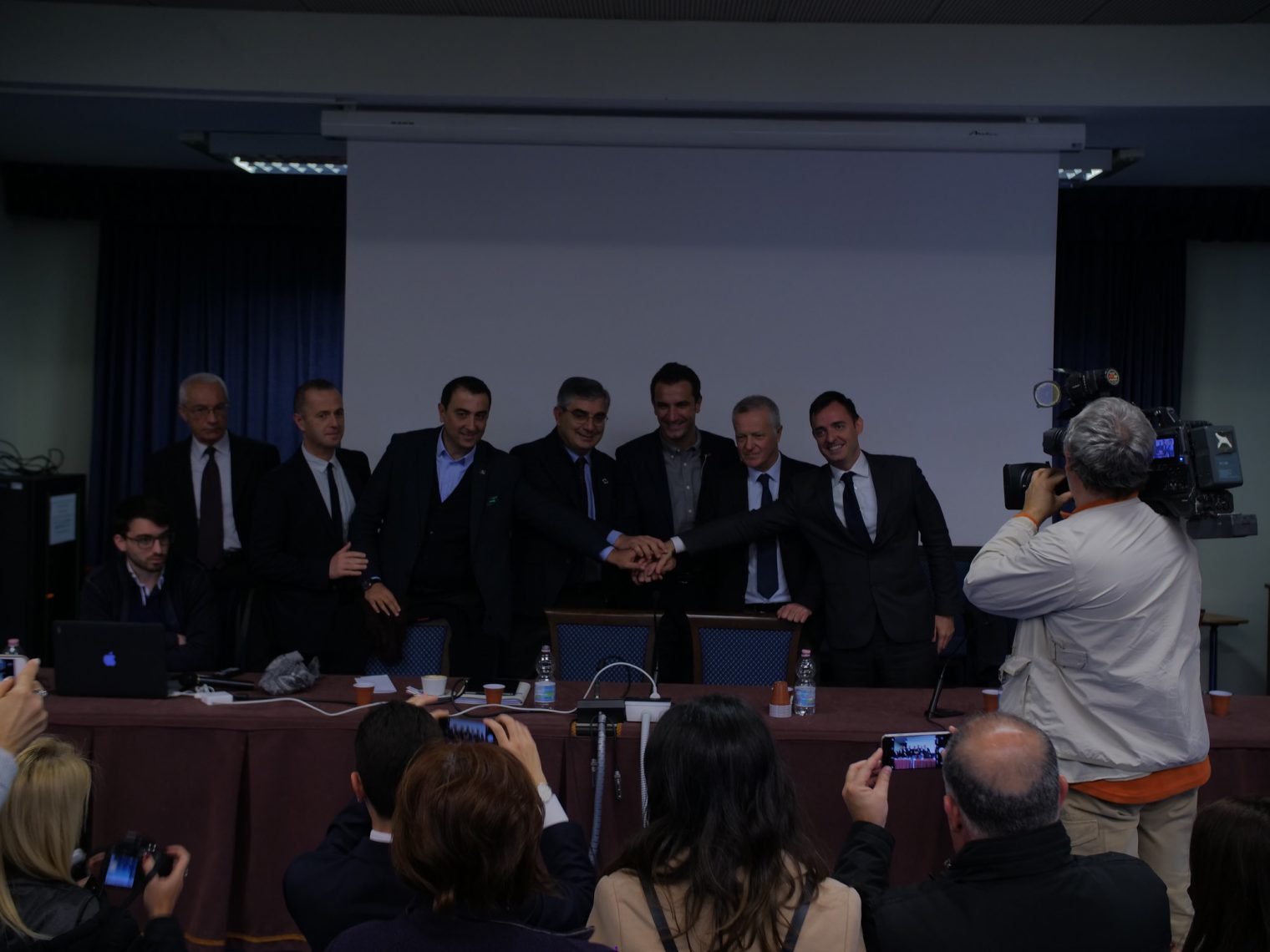 Under intensive meetings and visits agenda, the President of Tirana Regional Council also Chairman of Municipal Council of Tirana, Mr. Aldrin Dalipi attended the official visit to the Municipality of Pescara in the Abruzzo Region together with the Tirana’s Mayor, Mr. Erion Veliaj.

Developed under the auspices and the attention of the President of the Abbruzzo Region, Mr. Luciano D’Alfonso, a daily visit to the region, aimed at intensifying the relationship between the Abruzzo Region and Pescara Municipality with the Tirana Region and Tirana Municipality at many levels of cooperation’s. These meetings presented the dynamic transformation of Tirana in these three years, and invited partners from Abruzzo to multilateral initiatives and exchanges in function of the cohesive development of our countries.

To embody these multidimensional connections and relationships, the President of the Abruzzo Region Mr. Luciano D’Alfonso, Mayor of Pescara Mr. Marco Alessandrini, Tirana’s Mayor Mr. Erion Veliaj and President of Tirana Regional Council, Mr. Aldrin Dalipi, planted a tree at the center of the city of Pescara, as symbol of the longevity and prosperity of friendship between communities and institutions.

The meeting with the Arbëresh community of Villa Badessa was developed between emotions and exchanges with the Tirana’s delegation. Representatives of Abruzzo Region and Pescara municipality conveyed the message that the communities of both countries will save and develop furthermore the bridges of cooperation, for the progressive development of our counties related historically from the Adriatic Sea.

The visit was followed up from local and regional media and social media channels of the Abruzzo Region and Pescara Municipality.