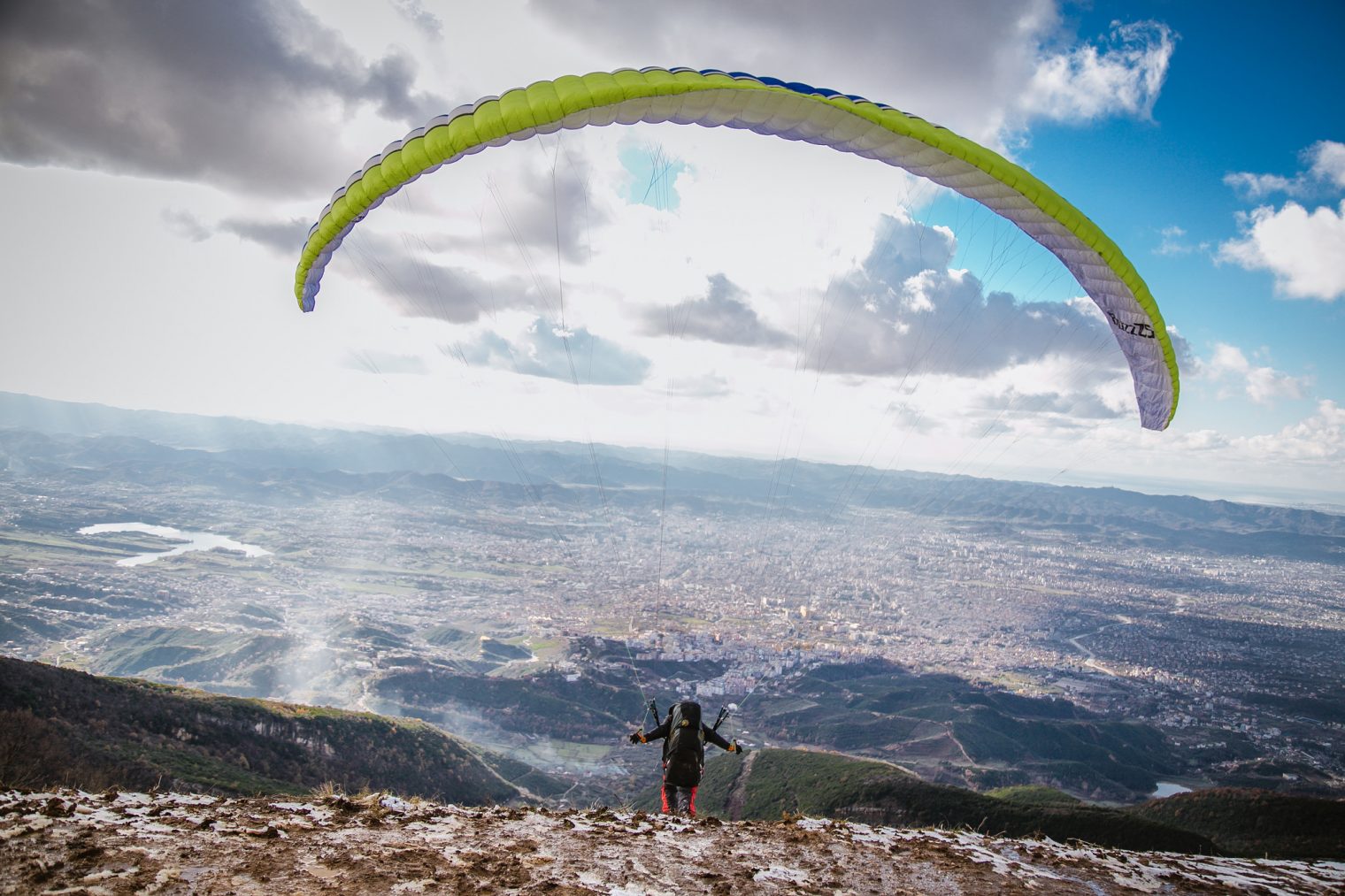 Finally Tirana has its own paragliding starting point on Dajti Mountain, from where all professional and amateur parachutists and everyone who seeks to experience the adrenaline that gives this sport, can fly over Tirana.

On the International Mountains’ Day was organized for two consecutives days “Dajti’s Fest”, an initiative that has become a tradition for three years now, to promote mountainous tourism, local products and handcrafts. During the activities where was inaugurated the paragliding starting point on Dajti Mountain.

Part of the activities of the two days of “Dajti’s Fest” were the Mayor of Tirana, Mr. Erion Veliaj, Minister of Tourism and Environment, Mr. Blendi Klosi, President of Tirana Regional Council also Chairman of Municipal Council, Mr. Aldrin Dalipi, as well as many Tirana’s citizens who had chosen to spend Sunday to “Dajti’s Fest”.

The Mayor of Tirana thanked private entrepreneurs, who have supported the initiative that brings touristic and economic development to the mountainous area city. Wishing the season’s holidays, Mr. Veliaj emphasized that Tirana Municipality soon will open the famous Baldushk turkeys’ market, a newly concerted market area placed in the village of Baldushk in Tirana Region, to help the economic development of rural areas.
Such initiatives further stimulate the development of tourism’s potential of the city, emphasizing that tourism remains a priority for the Albanian government.