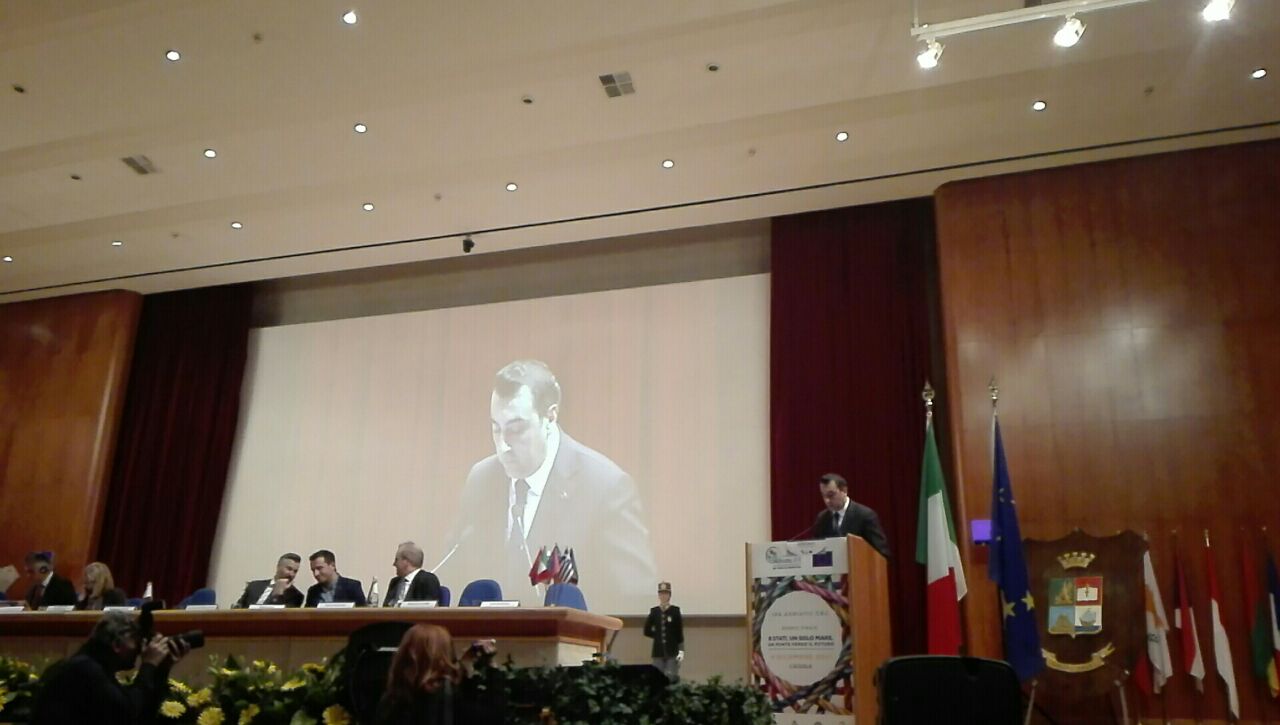 The concluding speech of this important event was entrusted to Mr. Dalipi in the vest of the vice presidnet of Adriatic Ionian Euroregion.

In his speech Mr. Dalipi emphasized that “IPA Adriatic CBC Programme was the most important instrument of Territorial Cooperation in the Adriatic-Ionian area, with a budget around 244 million Euros, implemented in the territories of the 8 participating countries; a program that, in addition to monetary value investments, above all interconnected and brought together to work and collaborate people in our macro-strategic cities”.

The Adriatic Ionian Euroregion supports the continuity of the Program in order to follow up the joint work in building this bridge of communication and cooperation. Mr.Dalipi on behalf of the AIE thanked the IPA’s Adriatic CBC Managing Authority, Ms. Paola di Salvatore, for her energy, engagement and assistance provided during the implementation of Program, especially to the countries in pre-accession phase to EU.

The activity organized by the Management Authority of IPA Adriatic CBC Programme aims to increase exchanges and cooperation with the highest international institutions not only for the significant objectives achieved throughout the IPA-Adriatic program timing phases, but also to establish a dialogue on the future of European policy in the Adriatic-Ionian area and the continuity of the territorial cooperation program. The activity was widely reflected in the Italian media and official channels of the European Parliament.