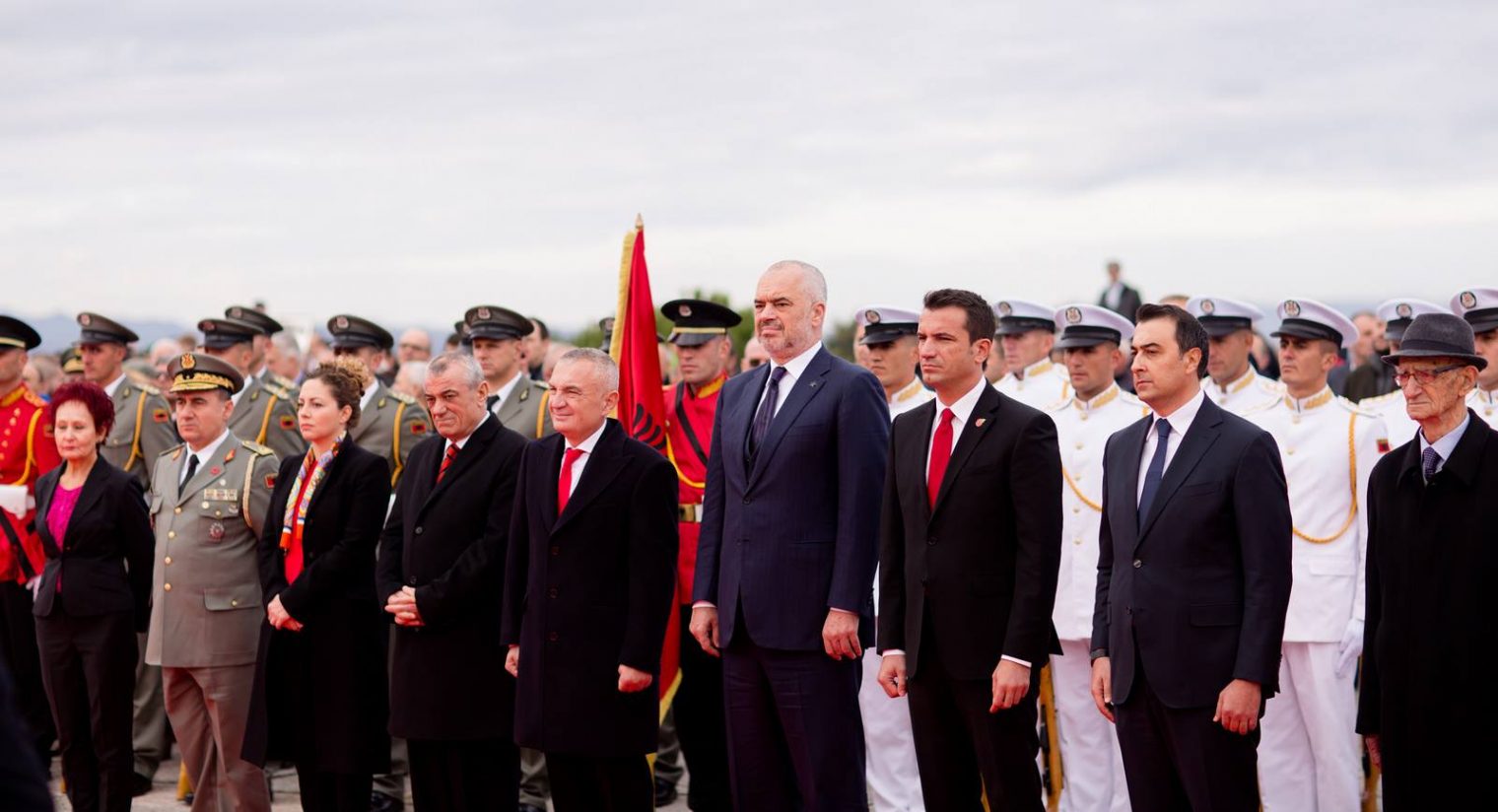 The Heads of Albanian State paid honor to the Martyrs of the Nation in of 29 November, the Day of Liberation of Albania by the Nazi-fascist invaders.
Present at the ceremony were the President of the Republic Mr. Ilir Meta, Speaker of the Parliament Mr. Gramoz Ruçi, Prime Minister of Albania Mr. Edi Rama, Mayor of Tirana Mr. Erion Veliaj and the President of Tirana Regional Council Mr. Aldrin Dalipi, also veterans and martyrs’ descendants.

Under the sounds of the orchestra of the capital, the heads of state laid wreaths near the “Mother Albania” Monument, in honor of the memory of martyrs fallen in the Anti-fascist National Liberation War. On the occasion of the 73rd anniversary of the Liberation, a series of memorial events and visits to the homes of martyrs of Nation were held to commemorate their work and sacrifices.

The Liberation Day just like every year coincides with the “White Night” of Tirana, the night in which its citizens gathered in hundreds in the “Skanderbeg square” to listen the world music star Emeli Sandé’s concert.