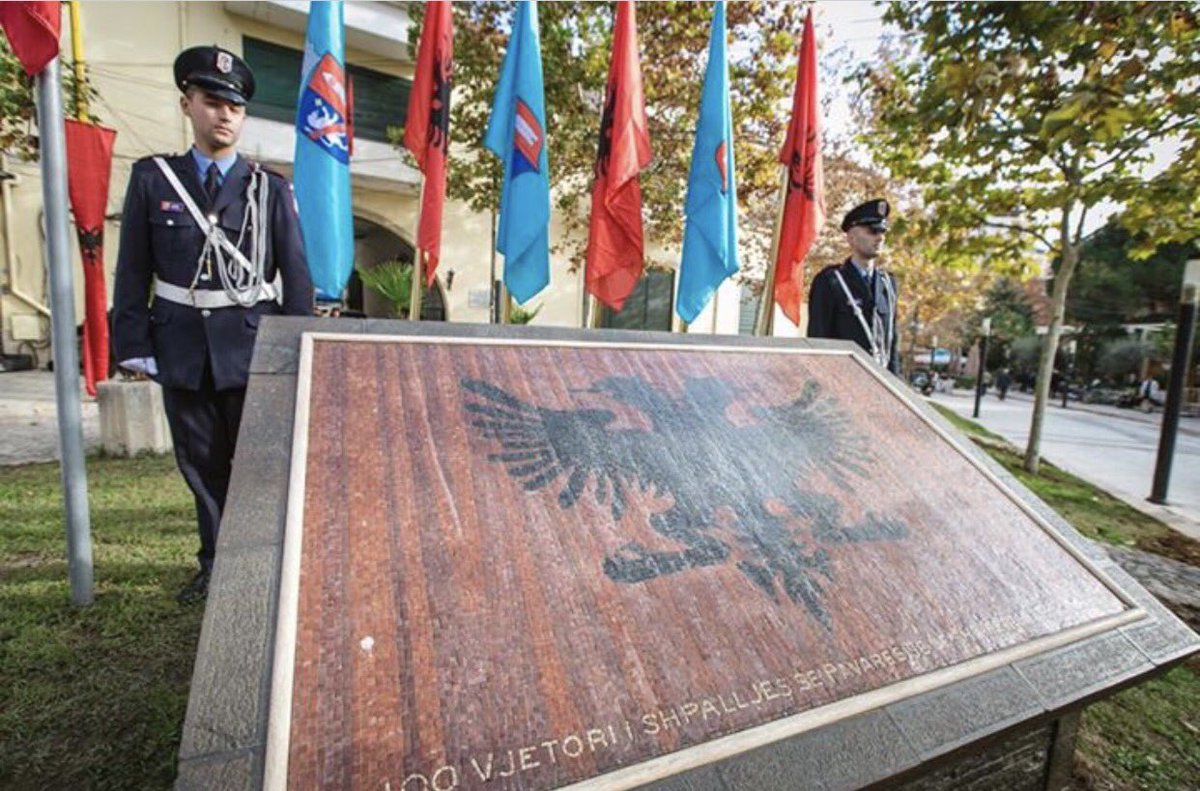 Tirana commemorated today the 105th anniversary of the flag’s raising, the day when Tirana’s patriots Refik and Hamit Toptani joined the Albanian “architect of independence”, Ismail Qemali, in the project of establishing the independent Albanian state.

In the square in front of the Albanian Parliament’s headquarters, where 105 years ago our national flag was raised by the patriots, today Tirana’s Mayor Mr. Erion Veliaj, Deputy Speaker of the Parliament Ms. Vasilika Hysi, Prefect of Tirana Ms. Suzana Jahollari, President of Tirana Regional Council Mr. Aldrin Dalipi, representatives of religious communities in Albania, war veterans and citizens of Tirana, placed wreaths of flowers at the monument symbolizing this historic moment for the city.

Mayor of Tirana, Mr. Erion Veliaj congratulated the citizens of Tirana on the Independence Day, emphasizing that the act of Tirana’s patriots 105 years ago showed that Tirana has always been an avant-garde city. He said that such days should serve to understand that, just like the patriots of the city of Tirana 105 years ago undertook to proclaim the independence of Tirana, its today’s citizens should serve to bring Tirana forward in other battles that humanity faces today, such as poverty.

The Mayor congratulated all Albanians on the national days, addressing also the Albanians living outside the borders. “For all our compatriots who are preparing to celebrate in every corner of the world, from Canada to Australia, throughout Europe, the USA, I want to wish good holidays and remember that we are not here by chance, but we are the product of men and women who have done their best to the most critical points, in the most difficult moments in the country to make fair decisions about the future of the country. We will continue to make fair decisions for Tirana ”said Mr. Veliaj.

President of Tirana Region Mr. Aldrin Dalipi emphasized that this date will have to be a lesson for all generations to remind them and to appreciate them.

“We wish all citizens the celebration of the flag’s day. It is a remarkable day that reminds us that this city on its foundations has the work, the passion, the strength and courage of those men who on November 26, on 1912 raised the flag in Tirana, and later on 28th joined Ismail Qemali in Vlora in his government. This will have to be a lesson for all generations, a lesson to remember and appreciate. Tirana is built on sacrifice, dedication, goodness and nobility “, Mr.Dalipi declared.

Tirana Prefect, Ms. Suzana Jahollari, praised the sacrifices and vision of those who contributed to the independence of Tirana, while emphasizing that Tirana remains a landmark for the entire nation. “We remember with reverence the men of Tirana, who had the courage, and the vision to anticipate the future. Today Tirana is beautiful, today our Tirana remains and will remain for the whole nation the landmark of doing better”, said Ms. Jahollari.