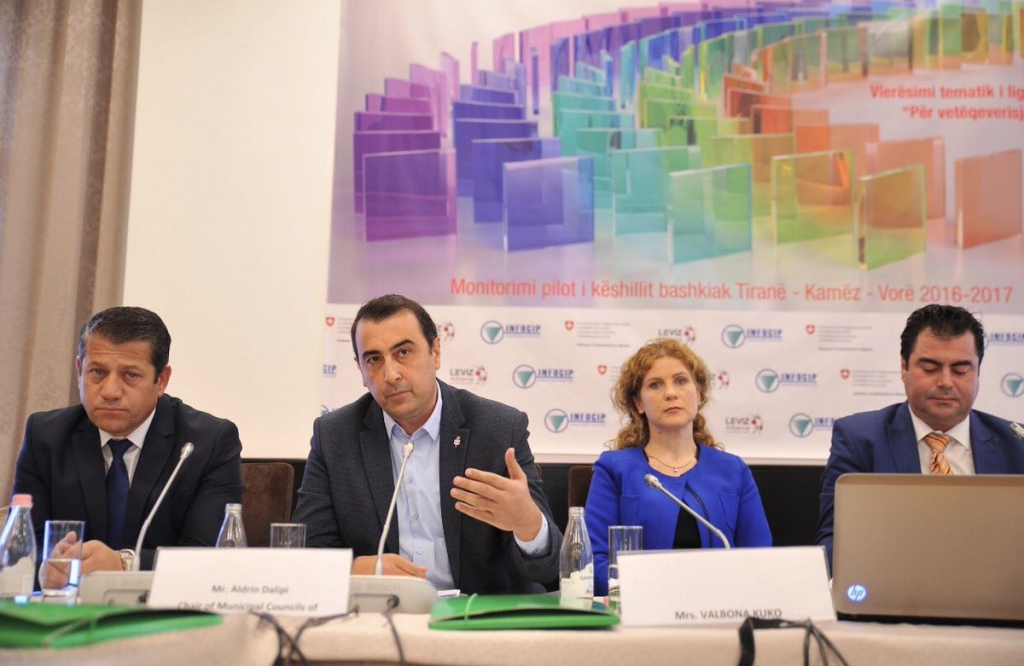 The Center for Public Information Issues, INFOCIP, published this Monday the results of a specific Monitoring on the Implementation of the Law 139/2015 “On local self-government”.

This activity was organized with the support of “Leviz Albania” and the Swiss Embassy in Tirana. “The process on discussion and voting in Tirana Municipal Council is dynamic. It has been managed with high competency and professionalism from the Chairman Mr. Aldrin Dalipi.

The meetings’ agendas and all added issues have been approved conform all legal provisions, aty the beginning of the meeting, after having had the quorum form the secretary of Municipal Council” it is stated in the report of monitoring.

This monitoring process measured and evaluated the implementation of chapter VI and IX of the law 139/2015 in three important municipalities. From the monitoring resulted that Tirana Municipal Council is to be set an national example on public transparency.

The report The report evaluates that the decisions of Tirana Municipal Council are published regularly in the official web page, in a special and user friendly menu which hosts all decisions since 1993. This represents the best organized and published archive of municipal council decisions nationwide.

The report stated that in the monitored period, November 2016- November 2017, Tirana Municipal Council has made 119 decisions and all the meetings were opened to the wide public. INFOCIP emphasized that all these meetings were easily accessible welcomed from the councilors and the Chair of the Council Mr. Aldrin Dalipi.

Furthermore, the report states that Tirana Municipal Council has build over these years the tradition of live broadcasting of its meetings, making it available to TV and radio channel interested.

Stating this a very positive practice, the report emphasized this fact in favor of the openness toward the wide public of the capital, providing at the same time to the media and civil society organizations with announcements of the exact date and time and precise agenda of the meeting.

Another highly evaluated aspect of the transparency and the development of Tirana Municipal Council meeting was the respect of the quorum, of the gender balance and youth encouragement during the moderation of these meetings.