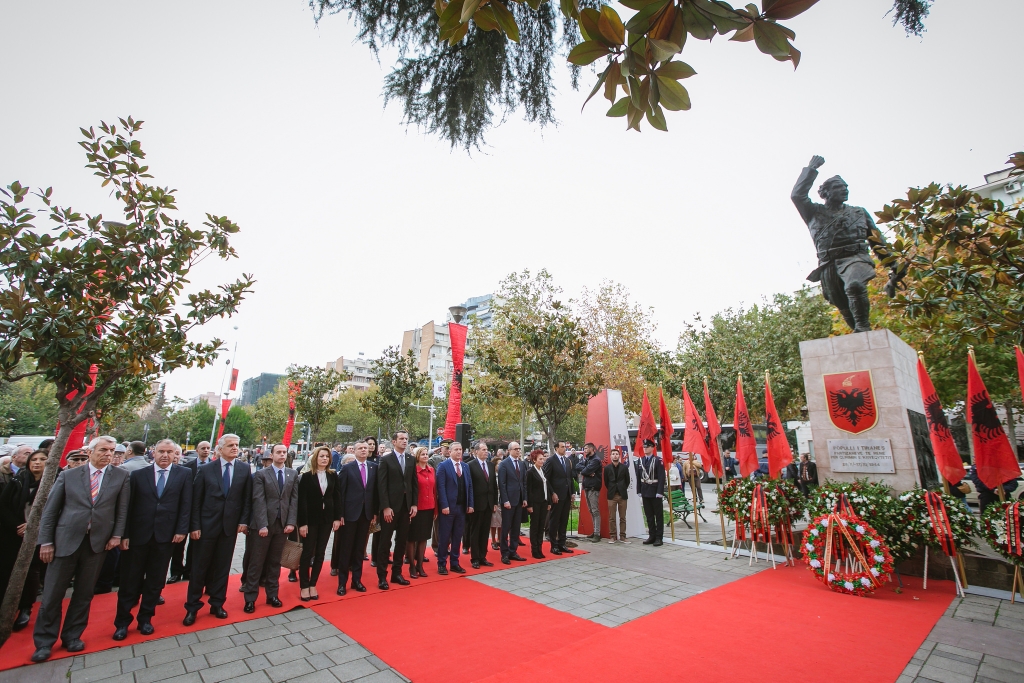 On the occasion of the 73rd anniversary of the Liberation from the Nazi-occupations, the Mayor of Tirana, Mr. Erion Veliaj, the President of Tirana Regional Council Mr. Aldrin Dalipi, ministers, deputies, government representatives, members of the Municipal Council, as well as many veterans of the National Liberation War, attended the ceremony on the remembrance of this day and paid tribute to the sacrifices that thousands of young people did for the liberation of the capital.

In sign of gratitude and reverence, for all those who gave their lives for the liberation of Tirana, as well as for hundreds who became part of the anti-fascist war, there were placed wreaths in the monument of “The unknown Soldier”. He said that in this time, every citizen will have to give his contribution, working for the city, for the community and for a better future.

Given the positive example that young people of this city gave during the war for the liberation of Tirana, Veliaj emphasized that the country still needs the example of these unknown heroes, of who make their contribution every day for our country.

President of Tirana Regional Council, Mr. Aldrin Dalipi emphasized that “On the 73rd anniversary of the liberation of Tirana, we remember with gratitude and honor, the sacrifices of thousands of people for the liberation of the capital and at the same time the Tirana families who opened the doors of hospitality to them.”

Deputy Minister of Defense, Mr. Petro Koçi praised the heroic work of all those who fought for the liberation of the capital and asked everyone to work for a European Albania.

The Prefect of Tirana, Ms. Suzana Jahollari, expressed her gratitude for the sacrifices of young people and all the people of Tirana in the fight against the invaders, while appealing for more cooperation and harmony.

On this remeberance day for the capital, a series of activities were organized to commemorate this historic event.