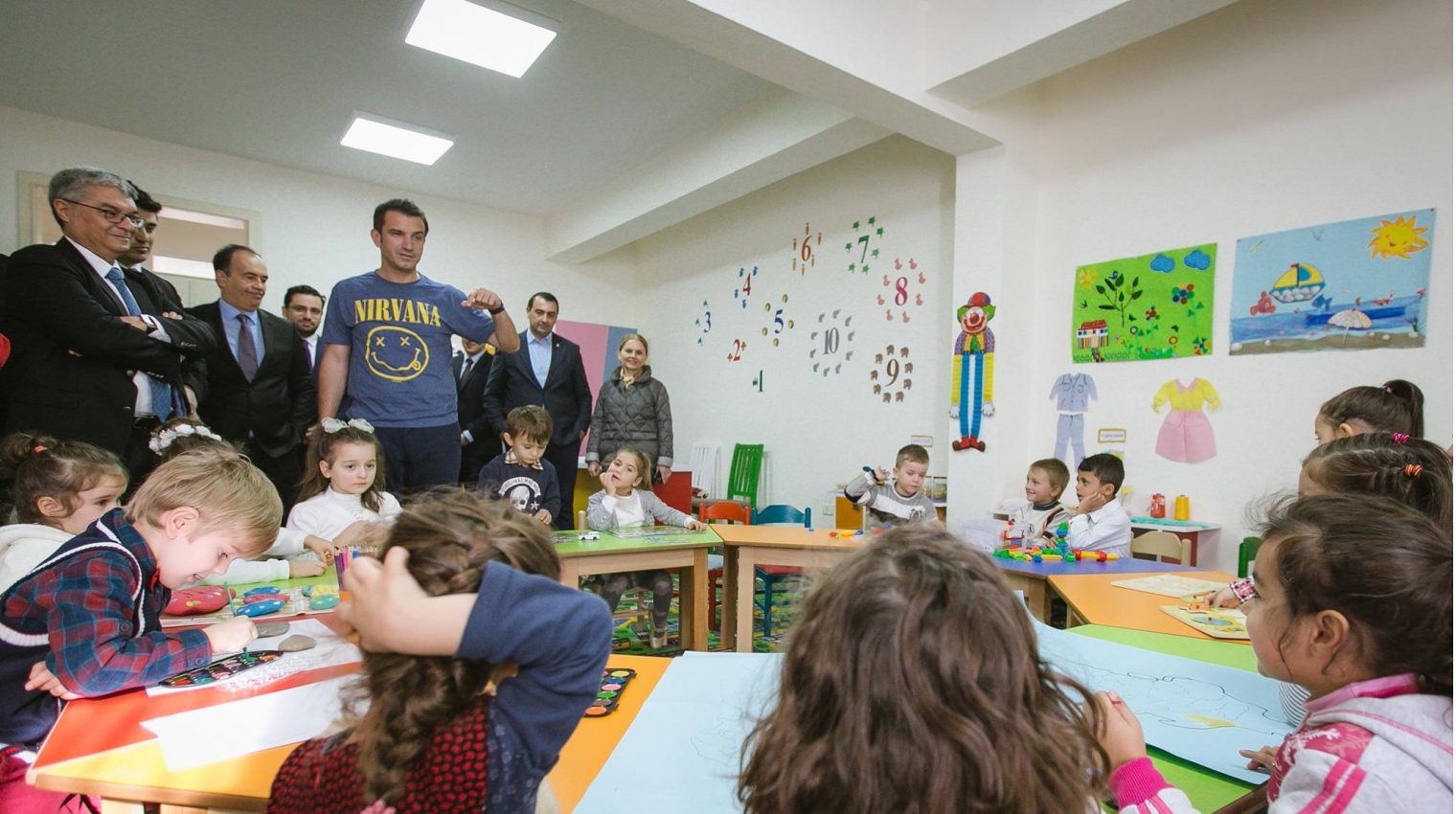 On the World Children’s Day, kindergarten no. 60 in the capital opened the doors to welcome the youngster inhabitants of the Administrative Unit No.3 in Tirana. Reconstructed and completely modern, the new kindergarten with increased caring capacities will reduce the number of children in the overfull kindergartens around it.

Tirana Municipality completed the reconstruction of this kindergarten, which hosts 75 kids divided into 3 groups, hosting which includes also breakfast and lunch meal. The ceremony was attended by the Mayor of Tirana, Mr. Erion Veliaj, the President of Tirana Region also Chairman of Municipal Council, Mr. Aldrin Dalipi and the Turkish Ambassador in Tirana, Mr. Hidayet Bayraktar, who inspected the completion of the works for the transformation of the kindergarten.

The head of the municipality said that a good part of the municipal budget goes to subsidize municipal services to the benefit of the community. He invited citizens to be regular in paying their dues, while emphasizing that there will be no increase in taxes for the next year in Tirana.

The President of Tirana Region also Chairman of Municipal Council, Mr. Aldrin Dalipi, considered this a beautiful moment for the entire community of Administrative Unit No. 3, while praised all those who contributed to this important investment. “It is a beautiful moment whenever a kindergarten is inaugurated in Tirana because it is a joy for the children, the parents, the community and for everyone who lives in this neighborhood. We worked closely with TIKA and thank them today, an excellent agency of the Turkish government and the Turkish state, and I hope that we will cooperate in the future as well. As a Region and as a Municipal Council we try to follow the vision of the mayor and the vision of Tirana Municipality to invest precisely in kindergartens, nurseries and schools. So I wish you enjoy the new kindergarten,” said Mr. Dalipi.

Speaking proudly of the achievement of this reconstruction that guarantees modern conditions and a model service, Turkish Ambassador Mr.Hidayet Bayraktar expressed the conviction that this successful cooperation with Tirana Municipality and the Tirana Regional Council will be strengthened more in the future. Kindergarten No. 60 has previously functioned as a half daycare kindergarten, without meal and only after intervening with donor support, it now has all the conditions to function as a full daycare kindergarten.

The intervening considered in roof repair, installation of new sanitary nodes, and reconstruction of all its inner and aouter environments.