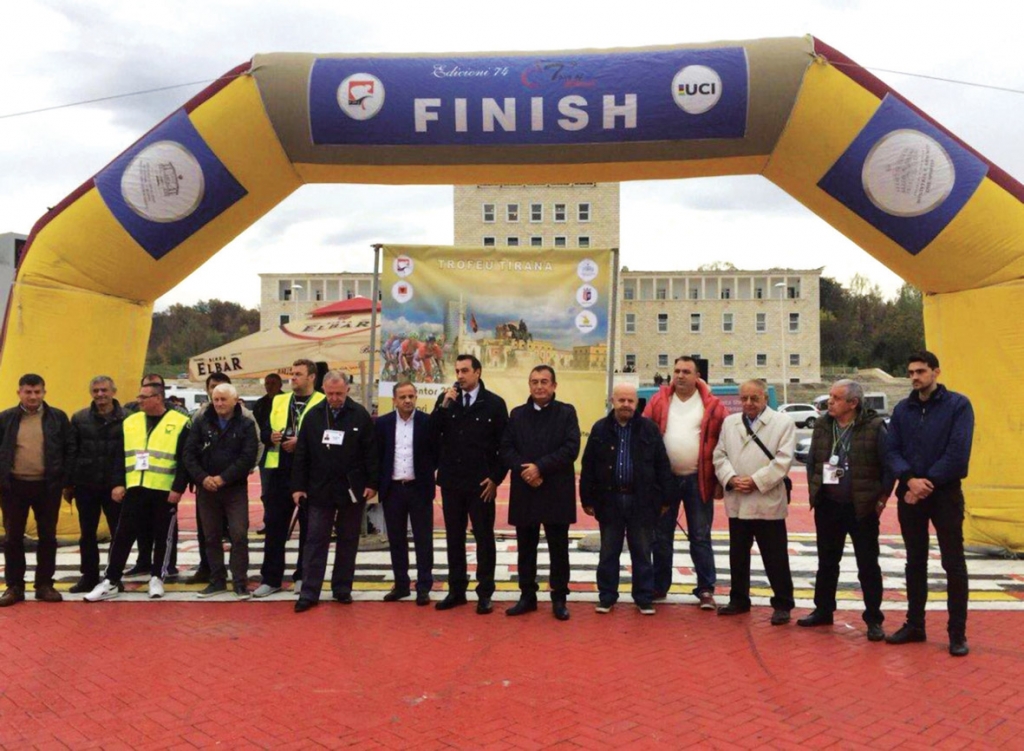 In honor of the liberation day of the capital Tirana, 70 cyclists from the categories of “Veteran”, “Elite U23”, “Junior” and “Elite Female Cadets” who participated in the symbolic competition’s circuit “Tirana Trophy” organized by the Albanian Cycling Federation.

“It’s exciting to see the increased interest and the commitment, especially of the young people in cycling, an Olympic discipline where Albania promises a lot,” said Mr. Dalipi at the final ceremony of this symbolic race.

The circuit “Tirana Trophy” was one of the most dynamic activities in honor of the liberation day of the capital, a 52 km race, that started in “Mother Teresa” Square in the capital, to Gracen village of Tirana region and return.