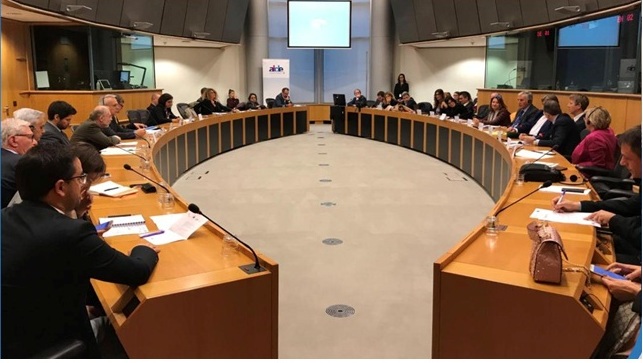 Under the support of the MEP Ivan Jakovčić was founded in Brussels in early November, the informal group of the European Parliament “Friends of EUSAIR” in support of the progress of the macro-regional strategy.

“FRIENDS OF EUSAIR” consists of 17 euro MEP from different political groups from the Member States. The round table held at the European Parliament premises, brought together representatives of the regions, local and international organizations of the regions operating in the Adriatic Ionian macro-region.

Mr. Aldrin Dalipi in the capacity of Vice-President of the Adriatic Ionian Euroregion, was part of the working table, where was emphasized the need to accelerate the financing of concrete projects of the EUSAIR’s Action Plan and the inherent involvement of the 4 non-member countries of Adriatic Ionian macro-region in these projects and the whole processes of EU integration.

The MEP Jakovčić’s initiative was supported by the European Commission through Mrs. Lena Andersson Pench, Director of Territorial Co-operation for Europe and Macro-regions, at the General Directorate for Regional and Urban Policies, who re-emphasized the importance of involving non-member states’ actors in decision-making on the strategy.

For more info on “Friends of EUSAIR” follow the Adriatic Ionian Euroregion.