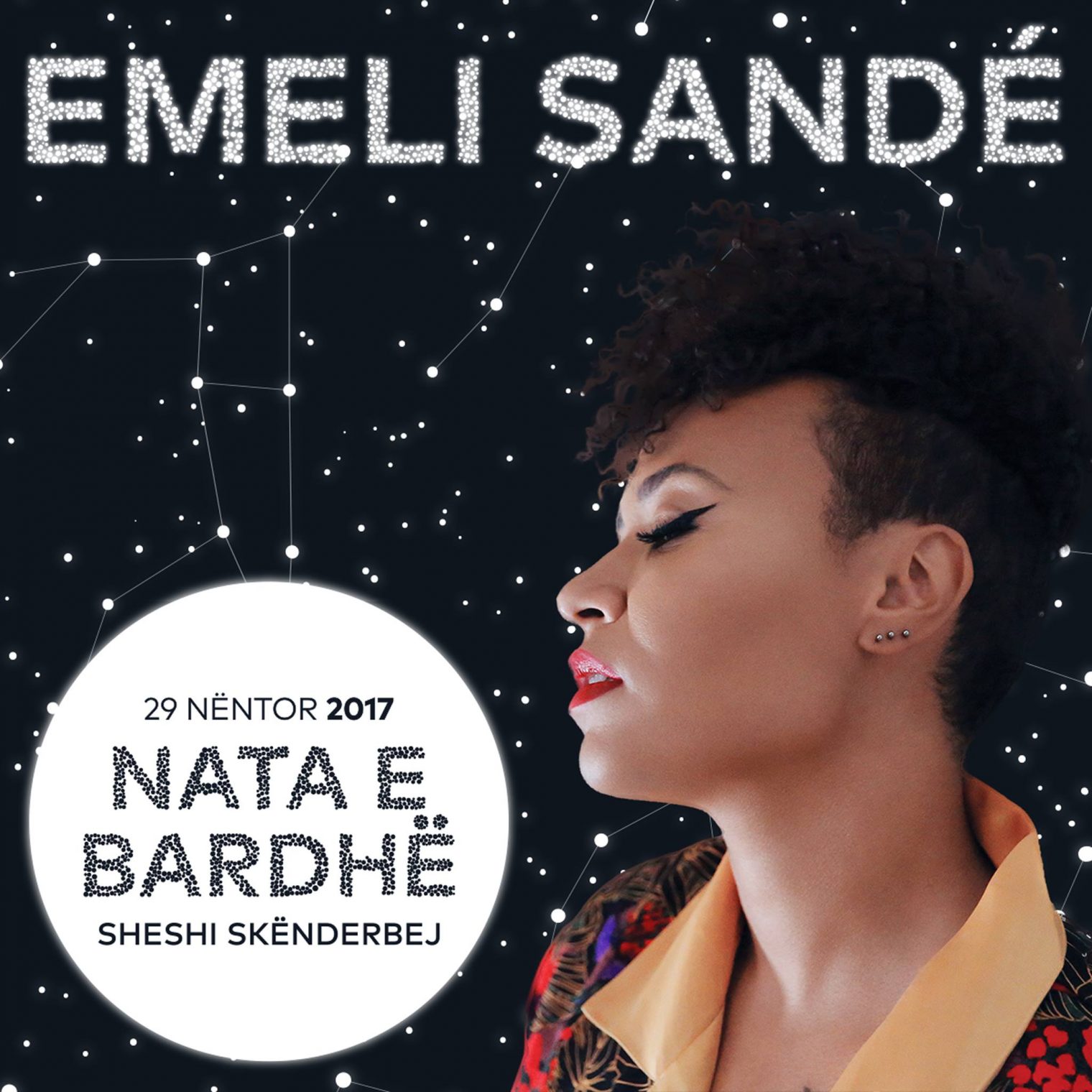 Are You Ready for the “White Night” in Tirana? If the answer is yes, then be ready for the next surprise. After Jessie J, John Newman, Giusy Ferreri, Bebe Rexha and Dua Lipa, another well-known name of the music world will spark the night of 29th November in Tirana.

This time on stage will be the wonderful Emeli Sandé, which the Municipality of Tirana has invited to be part of the holiday’s celebration that will culminate with a great concert for all the sleepless people of the capital.

The tradition goes on, Tirana will be more enlightened than ever on November 29th, when the doors of art and culture will be open to its citizens and the capital will be given to the feast till dawn. Emeli Sandé is one of the best singers of the moment and her hits are ranked at the top world rankings. The Scottish artist stood out the song “Diamond Rings” featuring Chipmunk in 2009, a song that became part of the top 10 of the UK Singles Charts.

In 2010 she came with the song “Never Be Your Woman” featuring the singer Wiley, while in 2012 she won the “Brit Award “Critics” Choice Award. Her album “Our Version of Events” stood for 10 weeks in the first place and became the UK’s best-selling album in 2012 with over 1 million copies sold.

In 2016, she launched her 2nd album, “Long Live the Angels”, which debuted at the 2nd place in the UK album rankings.