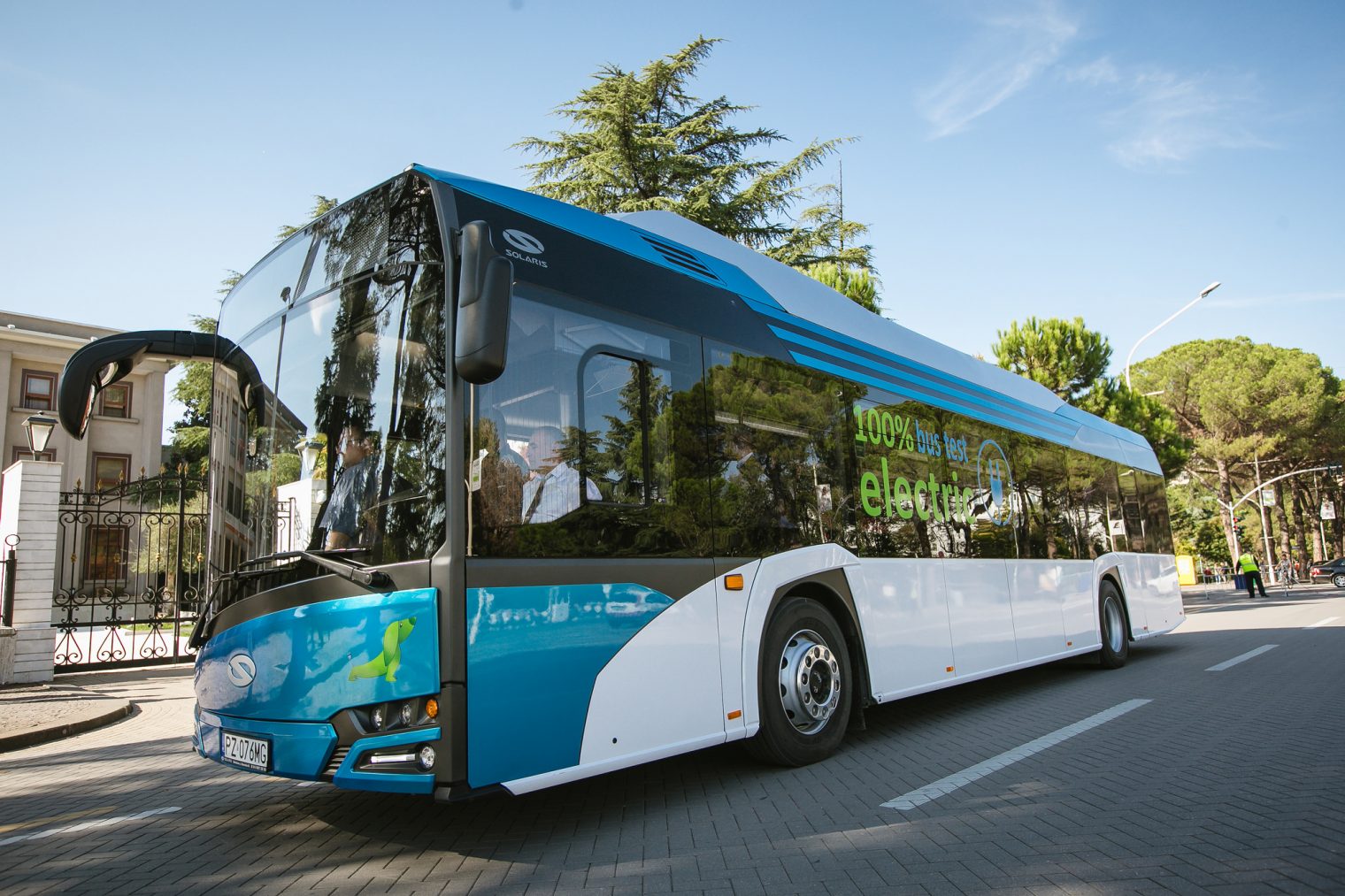 With the presence of the Mayor of Tirana, Mr. Erion Veliaj, President of Tirana Region also Chairman of Municipal Council Mr. Aldrin Dalipi, Minister of Infrastructure and Energy, Mr. Damian Gjiknuri, Minister of Environment and Tourism, Mr. Blendi Klosi, Ambassador Extraordinary and Plenipotentiary of the Republic of Poland to the Republic of Albania, Mr. Karol Bachura, the well known Polish company “Solaris”, whose buses are used in 32 countries, today introduced the first electric vehicle that will be tested on the Kinostudio-Kombinat urban line.

With this technology, the capital is following the same development steps as many developed cities in the world.

This technology will also be applied by companies operating in the public transport field. To achieve this goal, in cooperation with the central government there will be given incentives to private operators to embrace as soon as possible this technology that protects the environment.