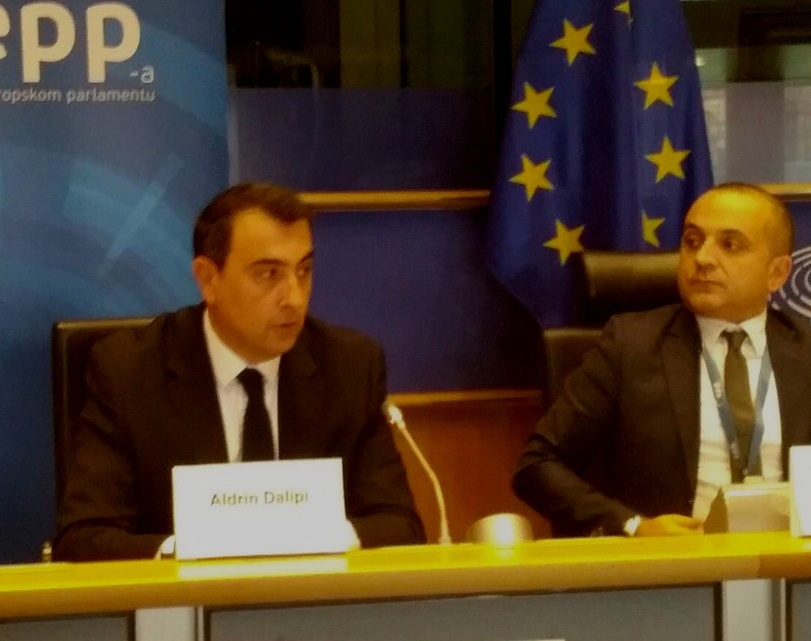 In the framework of the “European Week of Regions and Cities” was held in Brussels the conference with the theme: “Together with EU funds, for better transport connectivity”.
The event was focused on the role of regions and cities in communication and transport development and cross-border transport connection, such as road transport, railway transport, airway transport, which affects the development of the territory of the regions and cities.
More than 80 representatives from the EU institutions, from Adriatic-Ionian region and the cities of this area were present at the conference. The participants at this important conference discussed the importance of transport connectivity in supporting regional economic development.
President of Tirana Region also Chairman of Municipal Council of Tirana, Aldrin Dalipi, as well as Vice-President of the Adriatic-Ionian Euro Region, was invited to address the conference as one of its key speakers. Mr. Dalipi praised among other things that the EUSAIR strategy and its second pillar’s action plan “Connecting the Region” is an important document and action plan that strongly contributes in improving the interconnection of the Adriatic-Ionian EuroRegion.
“Tirana, said Aldrin Dalipi, is now an important junction to the macro-region as a model of encouragement of development through common European communication projects bringing closer our citizens and communities.”
“The European Week of Regions and Cities” is the largest event on EU’s regional and urban policies. This year, this event marked its 15th year of its creation. It is a multidisciplinary event that looks back and forward in time, whilst tackling the challenges that the EU regional and urban policy should be addressing today and over the coming years.