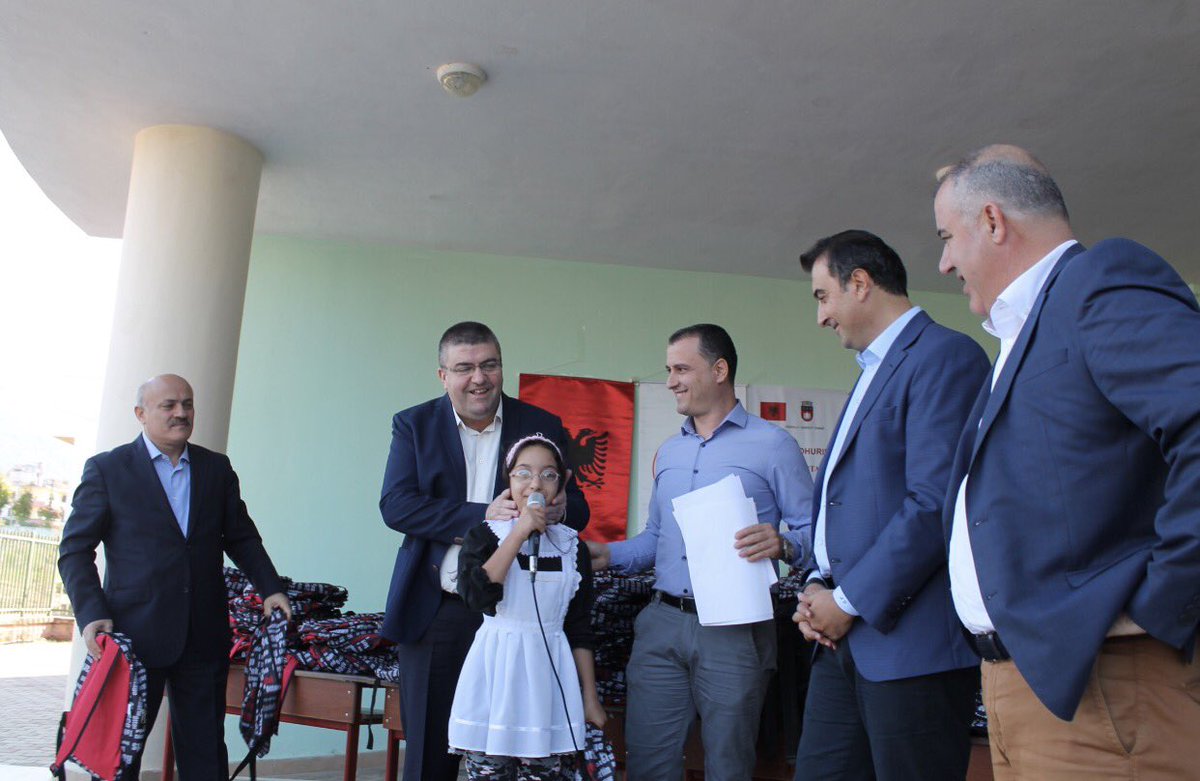 At the beginning of the new school year, ALSAR Foundation donated 1000 school bags and supplies sets for pupils in Shkoza, Vaqar, Kashar, in Tirana Region.

Also were donated chairs for Tirana’s kindergartens as well as computers and heating stoves for schools in peripheral areas of the region. The implementation of the charity project was finalized at with a ceremony at “Androkli Kostallari” School in Tirana, with the donation of the packs to children of Roma community and those from families in need.

The activity was attended by the Chairman of “ALSAR” Foundation, Mr. Mehdi Gurra, Mr. Aldrin Dalipi, President of Tirana Regional Council and Chairman of Municipal Council of Tirana, and Mr. Andi Seferi Deputy Mayor of Tirana, whom praised the valuable contribution of ALSAR Foundation regarding the development projects of social care for people in need and the improvement of educational infrastructure.

During the ceremony was also present Mr.Huseyin Öz, the Chairman of the Union for the Protection of Workers Rights of Ankara, as representative of the partner organization that contributed to the sponsorship of these projects.

The realization of this project is a successful corollary of the development of mutual cooperation agreements between the ALSAR Foundation and the Albanian state institutions, aiming to contribute at the improvement of the education service in Tirana Region.