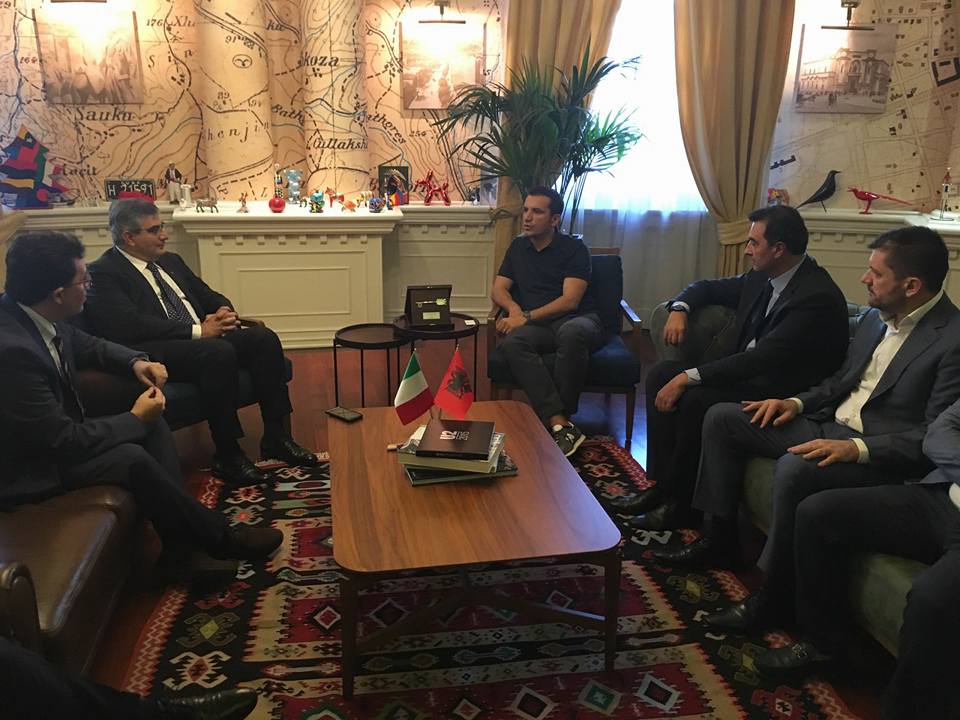 This visit opened the prospective for closer cooperation between Abruzzo Region and Municipality of Pescara with Tirana Municipality and Region, in areas of common interest, exchange of experiences in the field of infrastructure and mobility for EU projects where Abruzzo Region is highly active.

President D’Alfonso during the intensive meetings was presented with the dynamic changes in Tirana during these two years, and expressed the appreciation and support of Abruzzo’s Region for Tirana Municipality.

During his visit to Tirana’s Mayor office, Mr. D’Alfonso was honored with the symbol “Key of Tirana” by Mayor Veliaj. Veliaj appreciated the important role of President D’Alfonso on encouraging entrepreneurs from Abruzzo and Italy to invest in our country.

During the meeting was highlighted the intensive and inspirational cooperation among two cities and were appreciated the unremitting efforts of President of the Abruzzo Region, Mr. D’Alfonso, to promote Tirana in Italia and abroad. With the initiative of Mr. D’Alfonso and the financial contribution of Abruzzo Region, from May 2017, a direct flight has started from Pescara International Airport to Tirana International Airport and vice versa.

President D’Alfonso and the delegation were also received by the Minister of State for Entrepreneurship, Ms. Sonila Qato; meetings with the CEO’s of Italian Banks in Tirana were also held. The delegation held a meeting at premises of the Italian Embassy in Tirana, with Italian organizations and entrepreneurs, working in Albania.

President D’Alfonso also visited the Skanderbeg Square and the Bunkart Museum and had a courtesy meeting at the Bektashi World Headquarters, a meeting during which the religious harmony that exists in our country was praised.